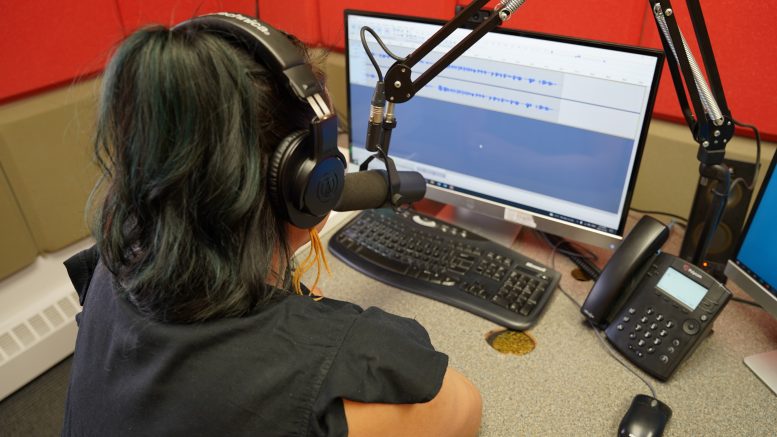 Tanya Gruben in the production booth at CKLB. (Mariah Caruso/CKLB)

Some Indigenous broadcasters are getting financial assistance from the federal government over the next two years, a boost to their cultural programs.

A $ 1.9 million investment was announced in a press release, June 29.

This investment will help provide some operational stability, reads the release.

It is unclear how much each organization has been given.

Tamara Voudrach has been working for the Inuvialuit Communications Society (ICS) for five years and has since worked her way up to the position of manager.

“There was always a gap in funding.”

“Now we can plan the next year and it will allow for some more continuity in our shows,” she says.

Voudrach asks the federal government to acknowledge that consistent and reliable funding for these programs is imperative to the preservation of language and culture.

“Being able to tell our own stories is essential,” she says, “because it’s not going to be (authentic) if it’s not by us and for us.”

Voudrach says she is working on creating a mentorship/training program for youth in her community to learn the trade.

She says if they had more funding she’d be able to hire a larger production staff and allow youth an opportunity to learn more about the industry.

“There’s not a lot of opportunities up here,” she says.

“We can create those opportunities and safe spaces where they can learn from us and make money doing this kind of work.”

Voudrach says, “We always want more, but we do what we do not for the money.”

Rob Ouellette is the CEO of the Native Communications Society of the N.W.T.

“Through this funding, NCS is able to continue to deliver radio broadcasts every day in five Dene languages for the preservation of Dene language, culture, and tradition,” he says.

This funding comes from Heritage Canada.

CKLB is an entity of NCS.