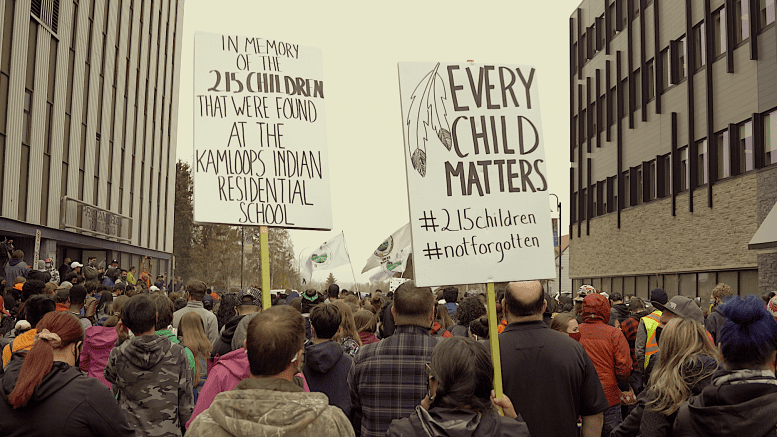 Hundreds gathered to show their support in memory of the 215 unnamed children lost at Kamloops B.C. (Mariah Caruso/CKLB)

Hundreds gathered in Yellowknife Friday afternoon to honour the lost children discovered at Kamloops Indian Residential School in B.C. in late May. 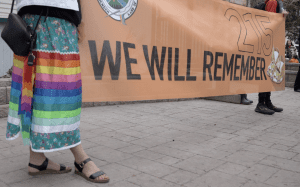 The smell of burning sage filled the air as residents marched to the beat of the drum, the Dene way.

Dene National Chief Norman Yakeleya said residents have awakened upon hearing this tragedy as a collective to grieve and heal together.

The question becomes how do we move forward, he says.

The memorial kicked off with a walk around town, stopping at several checkpoints, including the former Akaitcho Hall location, St. Patricks Church, Holy Trinity Anglican Church, the RCMP headquarters and lastly, the Somba K’e amphitheatre.

“The discovery of these graves and graves yet to be discovered, are a reminder of the deep, unhealed wounds, which continue to inflict pain  through the ongoing systemic racism towards our people,”  said Betsina who attended residential school for three years in Inuvik.

Both sets of territorial leaders want further acknowledgement of this tragedy and action into the search for potentially more lost souls in the NWT.

Part of that means access to records from the Catholic Church to help identify the missing children.

Leaders are holding the Church accountable for this unmarked mass burial and they want names.

“Enough talk, it is time for action,”he says,”It is time we find out who the children’s names are that were found and bring them home.”

Pope Francis in a tweet has acknowledged the recent discovery with no formal apology on June 6.

Echoed across the North

Nathalie Taylor and her two younger daughters are from Rankin Inlet, NU.

This recent discovery, although not surprising to Taylor, brought her to tears.

Taylor says it’s hard to recognize herself as Canadian at this time and plans on educating her children on Canada’s dark legacy.

Natasha Harris is a residential school survivor and she brought her granddaughter and son to the event.

Upon hearing the discovery of the missing children, she says she felt old trauma and anger from her experience attending Grollier Hall Roman Catholic School in Inuvik.

She asks her territorial leaders, to “find the rest of the children and bring them home.” 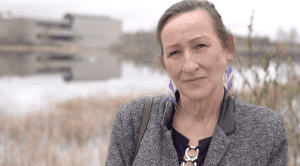 A few territorial authorities were in attendance including Premier Caroline Cochrane, Katrina Nokelby, and Paulie Chinna, minister responsible for Municipal and Community Affairs.

“Whatever the (Indigenous governments) decide to do the GNWT will support them,” said Cochrane to CKLB at the march.

“The history is true and it cannot be denied anymore,” she adds.

The memorial ended with a powerful drum dance, fire feeding ceremony and a closing prayer by Ruth Mercredi. 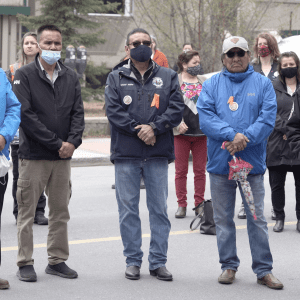 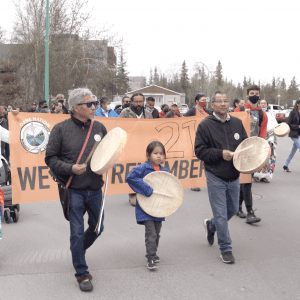 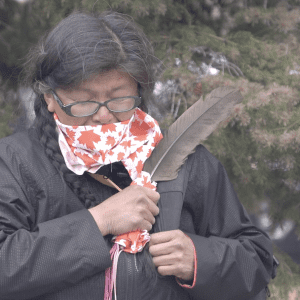 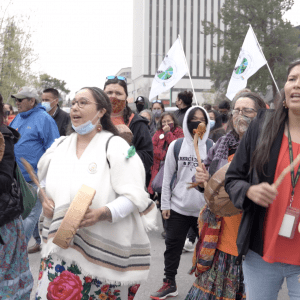 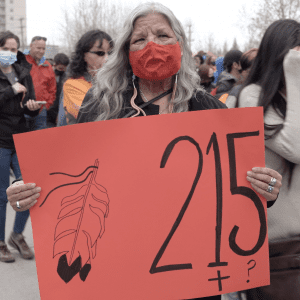 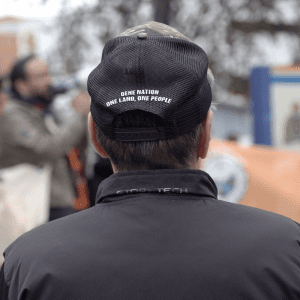 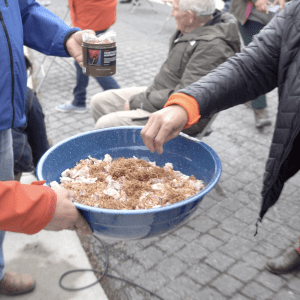 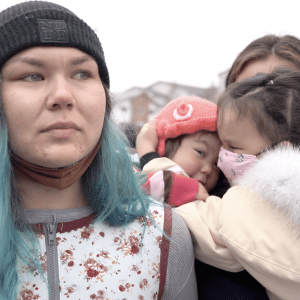