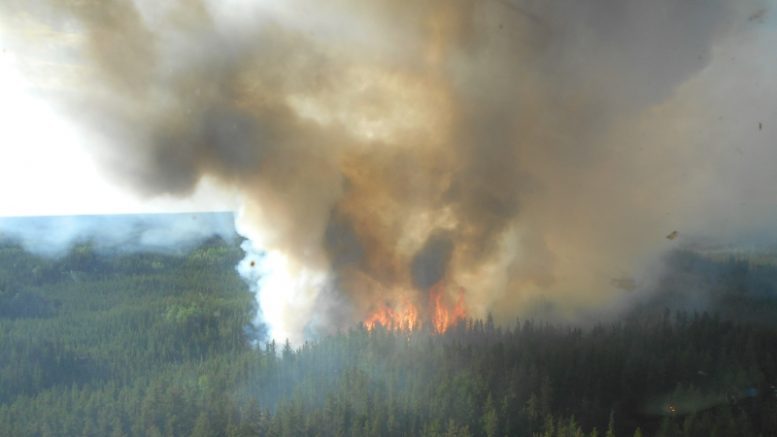 Wildfire near the Taltson River from 2019. (Photo courtesy of ENR.)

Wildfire season in the NWT has had a slow start and will likely stay the same into June.

So far in May, there has only been one fire in the NWT and it was a result of an abandoned campfire. No hectares were burned as a result.

Richard Olsen, the manager of NWT’s Forest Management Division, said this follows a quiet fire season in 2020 – especially in May with a historically low number of fires.

He said that with the heavy snowfall that took place over the last winter, and increased water levels and flooding in the NWT, most forest areas are heavily saturated and present a low risk of fires.

“As we’re getting into the 2021 fire season, we’re actually seeing that in the forests, there’s standing water and in a lot of areas it’s very wet,” he said. 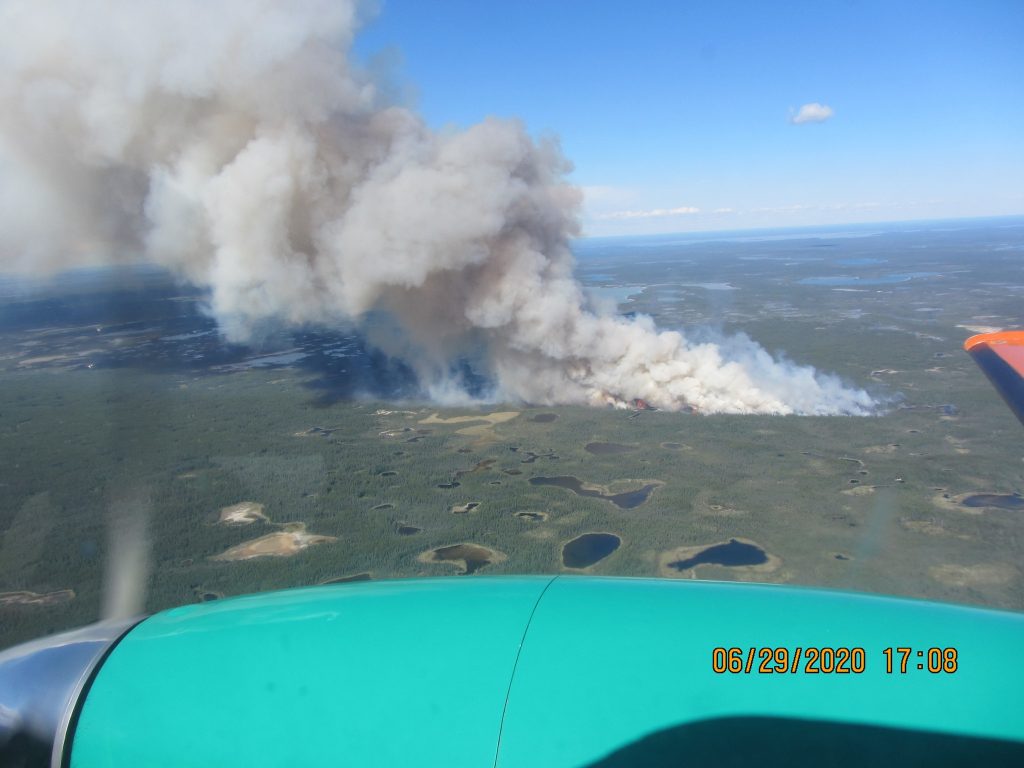 “A lot of the fuel that is available to burn is saturated so it’s going to be some time before some of these sites dry out and start to see … fires that have a large chance of growing big.”

The Beaufort Delta and parts of the Sahtú, however, saw less snow last winter and are at a higher risk of being dry in the coming months.

Olsen said that the 2021 fire season will likely start in the South Slave region.

“As we move into the peak of our burning period in July, we’re expecting that the southern portions of the NWT around the Great Slave Lake are likely going to be the driest with the most chance of severe kind of fires,” Olsen said.

“This looks to be linked to drying overall between areas of northern Alberta and portions of B.C. and Saskatchewan. So as that whole portion of the Western Canada starts to dry out, the NWT is going to be part of that.”

There will be a total of 34 four-person fire crews regularly working across the NWT.

In an effort to mitigate the need to bring firefighters from outside the territory due to COVID-19, there will be three additional crews hired for this season. This is also being done in an effort to “find fires small” and eliminate them before growing to the point where additional resources must be spent, according to Olsen.

There will also be some improved aircraft coverage for the season.

In addition to keeping five long-term helicopter contracts and five air-tanker crews, the NWT is going to bring on an extra CL-215 group for a 60-day period starting mid-June to mid-August and bring on a long-term fixed-wing detection aircraft to help supplement the normal fire detection.

Olsen said human caused fires still present some of the highest risk to people, property and areas of values so precautions must be taken for those camping or having fires this summer.

They represent about 20 per cent of wildfires in a given year.

“A high per cent of the human-caused fires are associated with locations that are important to people either as a place to go and travel simply for fishing or hunting or quieting around,” he said.

Olsen said human-caused fires are the most difficult to predict and give firefighters the least amount of time to respond.

“We’re putting human life at risk with our firefighters putting them to go put a fire out, and if that’s preventable, then that is something that we really should strive towards. So it’s about making people more aware, we’re making them realize that they’re accountable.”