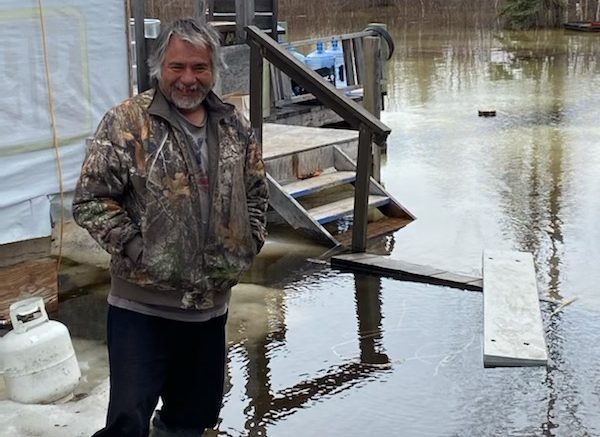 Keith Squirrel stands next to his cabin which he was clearing of his belongings on May 7. (Photo courtesy of Norman Yakeleya)

Dene National Chief Norman Yakeleya says there has been flooding along the Mackenzie River in the Fort Providence area which has caused at least one resident to evacuate his cabin.

“I just happen to be down in Fort Providence and the high water is coming up for those with cabins along the Mackenzie river,” Yakeleya said. 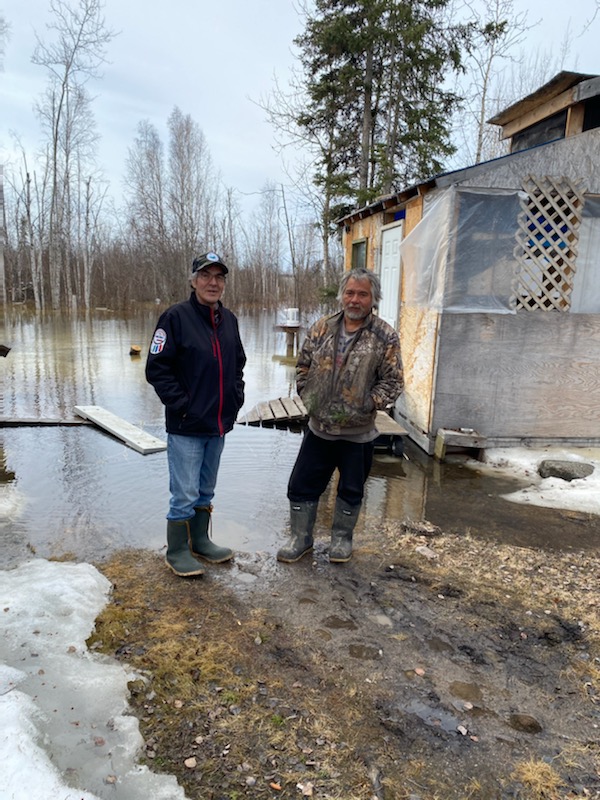 Yakeleya was speaking with Keith Squirrel, a resident with a cabin near the river, as he was clearing his belongings out of his cabin.

“The water is coming up to his steps and he doesn’t know when the water will go up so he’s there right now moving stuff, getting things ready and he says the waters coming really high right now,” he said

According to Yakeleya, Squirrel has been busy moving out his belongings with a friend, but is worried about the damage his cabin will sustain.

“Right now it’s live, it’s happening, even while I was talking to him for an hour it came up higher and higher. It’s crazy.”

“We at the Dene Nation are going to advocate for him and all the harvesters along the Mackenzie that might have this kind of flooding damage and to ease the stress.”

Mike Westwick, communications manager with the department of Environment and Natural Resources, said in an email that there is funding available for those who use the land traditionally.

“ENR’s Hunters and Trappers Disaster Compensation Program can assist traditional harvesters who suffer loss or damage to equipment or assets because of a natural disaster, including floods,” he stated.

“However, it is important to stress you can still act now to reduce your risk. Moving valuables and tools out of cabins, moving tent frames further back from waterways, and taking other steps to prevent loss can reduce compensation needs.”