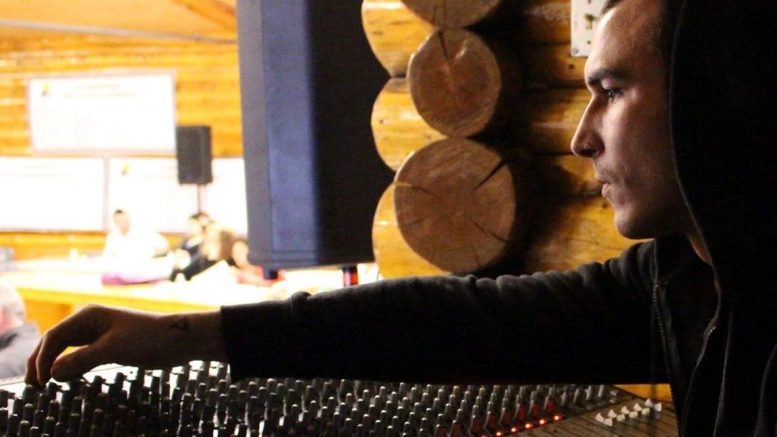 Kyle Napier is a spokesperson for the DigitalNWT.ca. (Photo courtesy of Kyle Napier)

An NWT organization is reminding residents to share their thoughts on the quality of telecommunications services in the North.

Kyle Napier, of Fort Smith, is a spokesperson for DigitalNWT.ca.

“It’s a public consultation for the public to submit their their views on internet access across the Northwest Territories,” he explains.

The campaign is aiming to attract residents of small communities to participate — the areas that typically receive the worst telecommunications service.

However, he recognizes there is a flaw, as the lack of good internet connection makes it more difficult to participate.

Lyle Fabian is the owner and president of KatloTech Communications Ltd., a northern Indigenous-owned telecommunications company in Yellowknife.

He says participation in the public consultation allows residents to tell the CRTC about their experiences, instead of allowing major telecommunications companies do it for them.

“One of the biggest things that the CRTC is struggling with, is the reporting, the lack of accurate community engagement,” he explains. “What this does, is gives them an opportunity to really voice their opinion, rather than having it shoved down their throat.”

The Government of the Northwest Territories is also encouraging residents to take part in the public consultation.

In an email the department of Finance wrote that residents sharing ideas on affordability and quality of services shows the CRTC where improvements are necessary.

“Northern residents can help make sure that future decisions made by the CRTC are informed by the ideas and opinions of northerners,” wrote the department of Finance in an email.

“By not having opportunity to participate in the online world, the voice has continually spoken for,” he says.

The last public consultation took place in 2016 and ended with internet being declared a human right.

However, the quality of internet to meet human right status must be 50 megabytes download and 10 megabytes per second upload, which is not met in many NWT communities.

He adds access to proper internet is more critical than ever, with COVID-19 changing the way people work and socialize.

“So that becomes particularly apparent during a pandemic,” he says, “when you’re not meant to be out in the public, and you’re supposed to be communicating through telecommunications.”

“By not having opportunity to participate in the online world, the voice has continually spoken for,” he says.

A second part of the #NWTDigitalDivide is to encourage residents to take part in an internet connectivity test.

Also run by the CRTC, the CIRA Internet Performance Test, collects data on the quality of the internet from the users and uses this data to make improvements.

Napier says the test only takes around 10 seconds, but again he recognizes the challenge, as many residents don’t have good enough internet to complete it.

“There’s a low broadband version of the test, some communities don’t even have reliable enough access to that,” he says. “So the trouble is that a lot of communities literally are not on the map.”

But that is why Napier is campaigning, to attract as many people as possible to participate.

Starting in February DigitalNWT.ca will also be running digital literacy workshops in around 18 different communities. The communities and dates of the workshops are listed on its website.

He adds, his organization has around 300 laptops for participants of the workshops.

“The goal of this is to encourage people to not only develop digital literacy, but to use the opportunity and the skills that come with digital literacy to share their voice,” he says.

Fabian says workshops that improve digital literacy are key to ensuring better services in the NWT.

“How can they understand what is missing when they don’t understand the technology itself,” he says.

Fabian adds, once people understand the technology, they can understand why and how it can be improved.

NorthwesTel to extend Internet usage relief measures into May

Internet outage in Yellowknife may be result of ‘criminal act’: RCMP