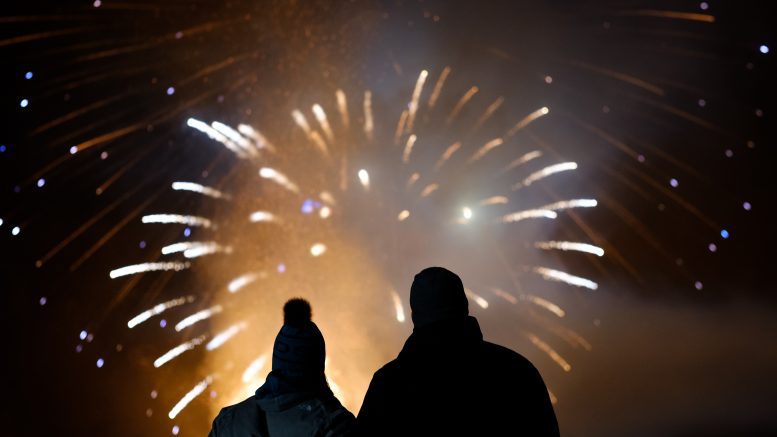 Fireworks hosted by the town of Inuvik for the 2019 Sunrise Festival.(Photo courtesy of Jackie Challis)

Inuvik residents have grown accustomed to the darkness but say they’re excited to welcome back the light.

This year residents cant gather for its annual festival, instead, they meet online.

Today at 1:39 p.m. begins the first sunrise of a new year for the community.

“It just becomes a pattern of life,” says Jackie Challis, director of economic development and tourism, for the town of Inuvik.

“Once you’ve been here a while, it just feels normal,” she says.

Since 1988, the community of Inuvik has celebrated the first light of the season.

The Sunrise Festival is a four-day event hosted by the town to get inspired by the sun, says Challis.

This year the event will be live broadcast on the Inuvik Tourism page on Facebook, due to COVID.

Challis says the pandemic has made some significant changes to the event this year. Such as no shared meals, drum dances, jigs, ice village or any performances of the sort.

And especially no community bonfire.

“But there are a number of new things we’re trying to do instead.”

The annual fireworks show will take place at 7 p.m. at Twin Lakes on Jan. 9.

The town advises residents to stay in their vehicles as a set protocol enforced by the GNWT.

The town will begin an art project in which 200 residents will receive a canvas tile to paint something light or sun-inspired.

The tiles will then be publicly be displayed on the summer solstice, June. 21.

The town has even created some contests online to bring the community together. Such as the Dance by the Light of the Sun contest.

Residents are encouraged to share a dance by video or photo on social media with the #InuvikSunriseFestival or to tourism@inuvik.ca.

“I think the [community] is excited for the vaccine to come along, so we can come together again,” says Challis.

Two people rescued in Inuvik after vehicle falls through ice

Inquest called into the 2018 death of Richard Binder Jr. of Inuvik