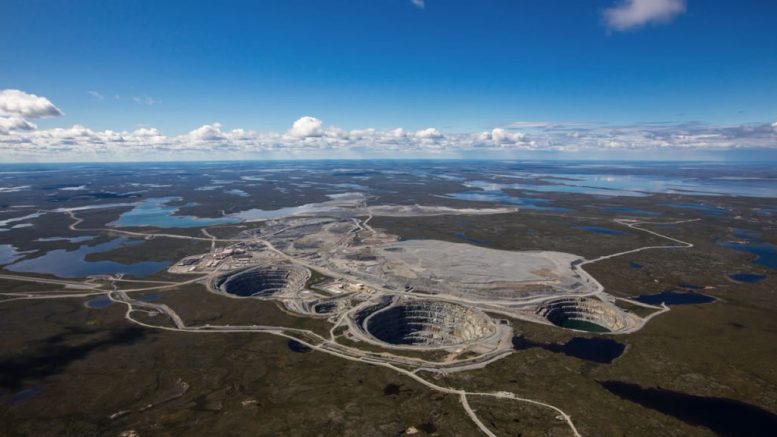 Dominion Diamond Mines has announced it has reached an agreement to sell its Ekati mine to a group of creditors.

The companies would also provide US$70 million to continue operations at Ekati and satisfy post-closure requirements at the site.

This is the second time Dominion announces a sale for the mine, the first to a subsidiary of its parent company The Washing Companies. That deal fell through after insurance companies rejected the bid.

The deal still needs to be approved by the Alberta Court of Queen’s Bench. Dominion has been under a court-appointed monitor since filing for bankruptcy protection in April. The company claimed the COVID-19 pandemic has made it difficult to get its diamonds to market. CBC has reported that tax breaks may also be part of the decision.

A news release says the deal would “satisfy… obligations to certain stakeholders,” which include Dominion employees and pension obligations; government, including reclamation; and Impact Benefit Agreements with local Indigenous groups.

Worker injured at Diavik mine


Dominion's stake in Diavik was left out of the deal.