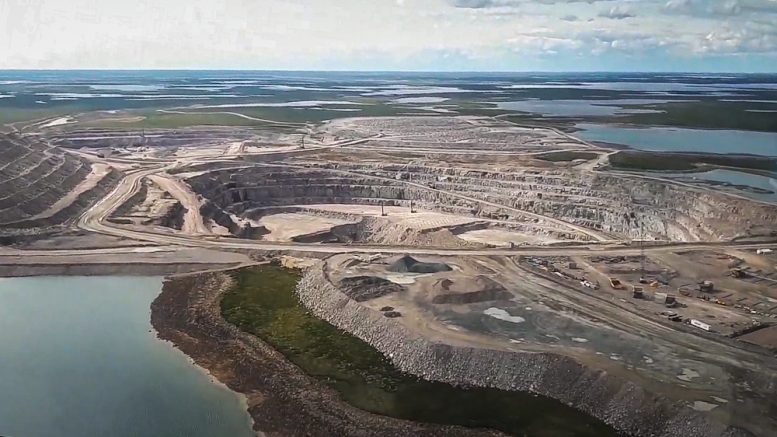 An aerial view of the 5034 pit at Gahcho Kué Mine. (Submitted photo)

A presumptive positive COVID-19 case at the Gahcho Kue mine turned out to be a false positive.

The news of the false positive case was announced at a press conference on Wednesday evening.

In a separate public health notice, the GNWT confirmed the two presumptive cases in Yellowknife.

One person went to Anytime Fitness while they presumable had the virus.

According to the latest notice, health officials followed up on a list of more than 50 people who also attended the gym; so far, more than 20 have been given isolation advice.

“Most people develop symptoms of COVID-19 within the first week,” says the notice. “We are today nine days past the exposure period at Anytime Fitness. The chances are very high that we would have had patients presenting with symptoms already, which is a promising sign.”

Health officials are still requesting those contacts be tested tomorrow, whether they have symptoms or not.

The notice says there’s still an exposure risk from the Yellowknife RCMP detachment.

The exposure notifications for both the Anytime Fitness and RCMP detachment will last 14 days.

“This is because until the full 14 day incubation period of COVID-19 has passed, it is not possible
to definitively conclude that there was no transmission associated with the two potential
exposure locations,” reads the notice.