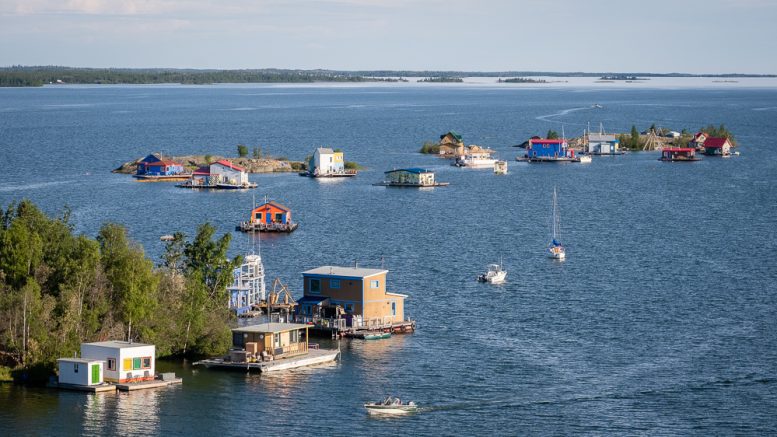 Houseboat bay in Yellowknife. YKDFN is calling out houseboaters who have been anchoring on traditional territory. (Photo by Francis Tessier-Burns)

Jason Snaggs, CEO of the YKDFN, says the eviction notices were the first step — if they are ignored, legal action will be pursued.

A press release says houseboaters anchoring on YKDFN territory are disregarding Aboriginal Rights protected under Section 35 of the Canadian Constitution.

In a previous email, Snaggs says there are three houseboats between the Ndilǫ and Dettah shoreline as well as two abandoned barges.

“These acts of unauthorized occupancy are disrespectful to YKDFN, a sovereign nation,” a press release says.

Snaggs says the YKDFN has been unable to speak in person with the people living in the houseboats.

Giant Mine clean up an opportunity for reconciliation: Oversight Board