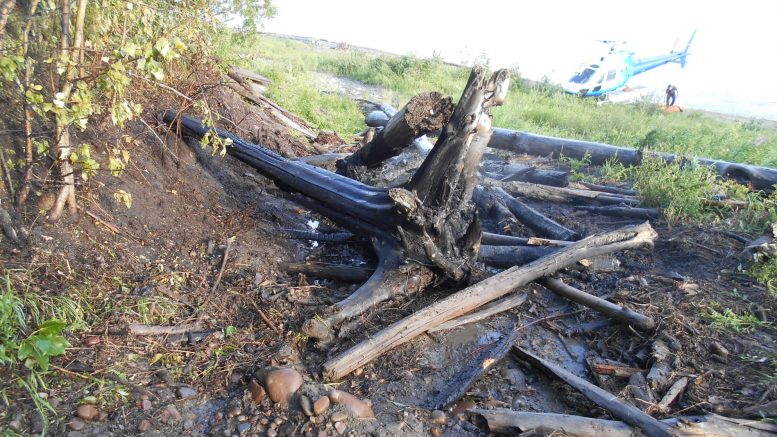 A photo of the fire outside Norman Wells. (Photo from NWT fire Facebook.)

A wildfire discovered over the weekend outside Norman Wells is believed to be human caused.

The department of Environment and Natural Resources (ENR) says on its NWT Fire page the wildfire was discovered on Saturday, July 18 around 7 p.m., approximately eight kilometres southeast of Norman Wells.

The fire is now under control after buckets of water were dropped on it by helicopter.

ENR says the fire danger in the Norman Wells area is low thanks to recent showers, but reminds people “conditions can change quickly. Don’t let carelessness be the cause of a wildfire.”

There are currently 21 active fires across the territory, 13 of which are in the South Slave region.


Air quality does not appear to be affected, the company says.