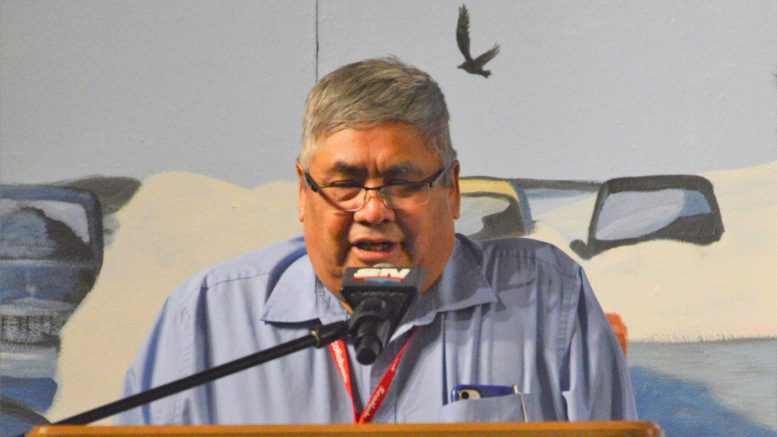 Previous reports stated the RCMP contributed to the recovery of the body, something Sangris says is incorrect.

A community search was launched to find James Sangris, cousin to Chief Sangris, who was travelling by boat on Great Slave Lake.

Chief Sangris says the community search was launched because the family was told by RCMP it would take around an hour and half for search crews to be on scene.

A community member discovered a boat floating along the edge of the ice, around an area known as Wool Bay.

The body was later discovered by a community member, also in the Wool Bay area.

An RCMP press release stated the boat was capsized, which Sangris says is incorrect.

In an email, the RCMP acknowledged not all the information was available when the press release was issued.

“We reported a capsized boat,” says RCMP spokesperson Marie York-Condon. “While the boat may have been afloat, the important fact is that the person was not in the boat.”

The community search team then went out and recovered the body of the deceased as well as the boat.

“The RCMP said it’s okay to bring the body back, so that’s what they did,” Sangris says.

Civil Air Search and Rescue Association did not take part in the search, Dave Taylor, search coordinator, says in an email. He adds the team was mobilized, but stood down when the deceased was located.

York-Condon says the RCMP was on-site in a helicopter due to challenging conditions caused by ice.

The body of the deceased and the boat were brought back to Dettah by the community search team, Sangris says. The RCMP and NWT coroner’s office then took over.

York-Condon says the RCMP thanks the community members of Dettah for their contributions with the search and recovery effort.