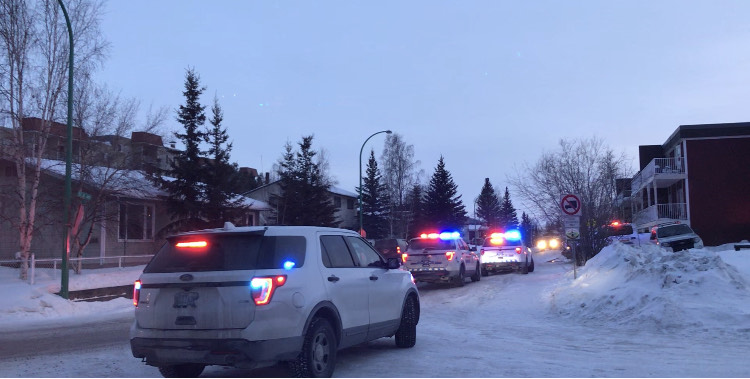 Yellowknife RCMP responded to a call for service at an apartment building in downtown Yellowknife on March 24. An adult male was taken into custody without incident. Arthur C. Green/CKLB Radio

The Yellowknife RCMP have charged a man in connection with the armed and barricaded situation which occurred in Sunridge Place apartments last week.

According to an RCMP news release, Lance Kristensen, 29, is charged with two counts of Uttering threats, one count of Possession of a weapon for dangerous purposes and one count of Mischief under $5,000.

Last Tuesday, the RCMP was called to Sunridge Place apartments because of a loud disturbance and contained the area while partially closing 51A Avenue to traffic for public safety.

After several hours of negotiations, the man was taken into custody without incident, the police stated.

Kristensen has been released from custody and is scheduled to appear before the court on June 23.