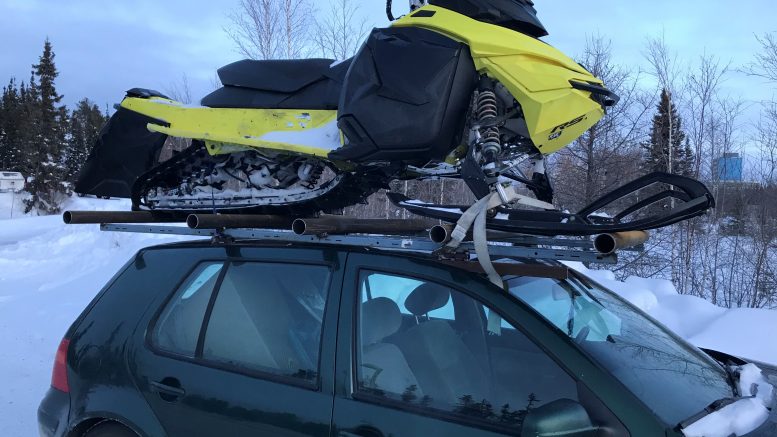 A snowmobile being transported on the roof of a car in Yellowknife is now under investigation by the NWT RCMP. Arthur C. Green/CKLB Radio

A man’s ingenuity to transport his snowmobile on the roof of his car in Yellowknife is now under investigation by the NWT RCMP. 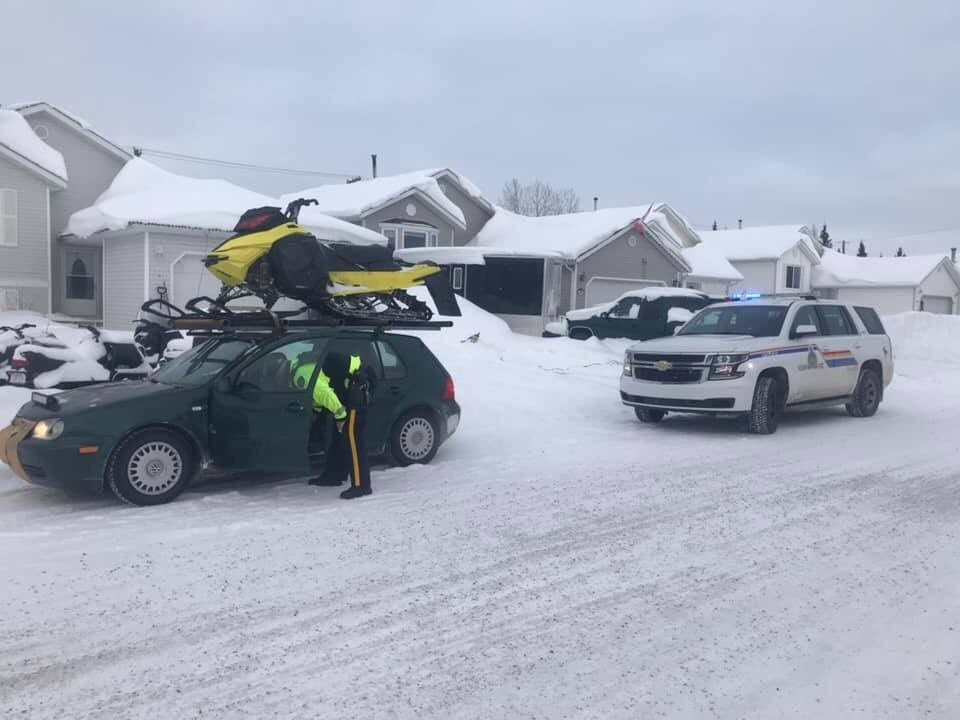 Pictures of the snowmobile on the roof of the car have been widely shared on social media over the course of the week.

Julie Plourde is the Media Relations Officer for the Northwest Territories RCMP in Yellowknife, NT.

“The matter is being investigated by RCMP,” Plourde told CKLB Radio. “A member approached the owner of the vehicle to engage a conversation about general safety for road users and motorists.”

The RCMP expect motorists to comply to section 69(2) of the NWT Motor Vehicle Act, which states that “No person shall operate a vehicle of 4500 kg or less unless the construction and equipment of the vehicle and the manner in which the load is distributed and secured ensures that the vehicle can be operated without danger of the vehicle overturning or of the load or a portion of the load shifting or swaying or falling off of or leaking from the vehicle.”

“This is a serious safety concern. Some vehicles are not engineered and manufactured to support a heavy load, and can prove to be very dangerous for the occupants or other motorists in the event of a sudden stop or a collision,” Insp. Alex Laporte, Yellowknife RCMP Detachment Commander said. “We are hopeful that we will be able to work with the owner to resolve this situation. We urge everyone to respect the law and the capacity of their vehicles and put their safety and the safety of other road users first.”

Motorists must also follow the specific characteristics and capacity of their vehicles when pulling or transporting a load, Plourde added.

It is unclear if the man received a ticket or not.