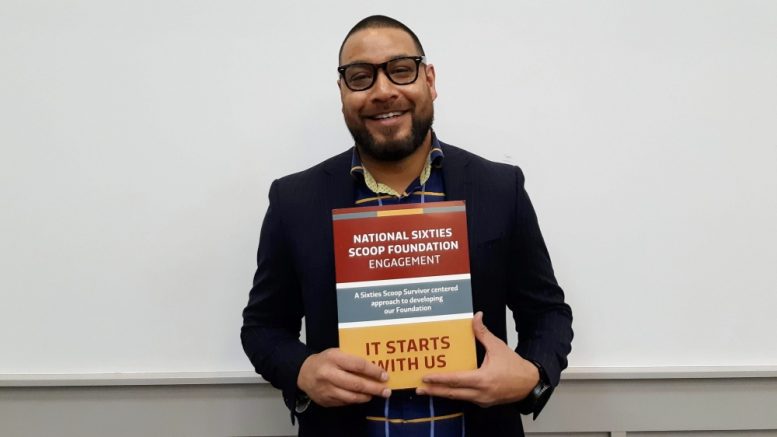 Conrad Prince says, “there’s still a lot of work to be done” when it comes to educating people on the Sixties Scoop.

Prince is the lead for the Sixties Scoop Foundation engagement sessions and has been travelling around the country to hear from survivors on what they’d like to see in the foundation.

The team is wrapping up the engagement process with two stops in the North; the first was this past weekend in Yellowknife.

“It’s a challenging day for them because they have to revisit their experiences as survivors in order to answer the questions we’d like to inform the foundation,” he said. “There’s a lot of emotions that come with that.”

Prince said the first of the northern sessions was unique due to the remoteness and isolation of communities.

Survivors also, “vocalized the separation between the south and the north,” he said. “That came off very clear.”

He added that survivors requested the foundation have a local presence, and not just operate from afar.

Now the engagement team is off to Iqaluit on February 15 for the final in-person session. Then Prince, with his colleagues Dr. Raven Sinclair and Kenn Richard, will be writing a final report to shape the Sixties Scoop Foundation.

The online survey will be open for another three weeks after the final session.

You can listen to the full conversation below: