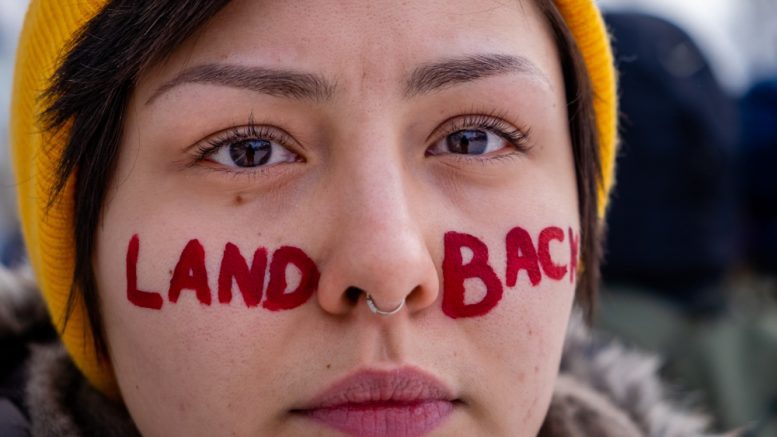 Coleen Hardisty was one of the demonstrators. (Francis Tessier-Burns/CKLB).

Coleen Hardisty was one of dozens of demonstrators holding signs outside of MP Michael McLeod’s office on Friday.

Hardisty is a member of Denedeh Against DAPL, which organized the demonstration in support of Wet’suwet’en land defenders in British Columbia.

RCMP have arrested more than 20 land defenders since last week, removing them from blockades set up against the Coastal GasLink natural gas pipeline in central B.C.

While McLeod was not in his office on Friday, demonstrators left a series of questions and requests with his staff. They were ultimately calling on him and the federal government to uphold their commitment to the United Nations Declaration on the Rights of Indigenous Peoples.

Hardisty said she was concerned with companies coming to the NWT for fresh water. She wanted to know what McLeod “plans on doing to stop that and to keep as much of our land and water clean and usable.” 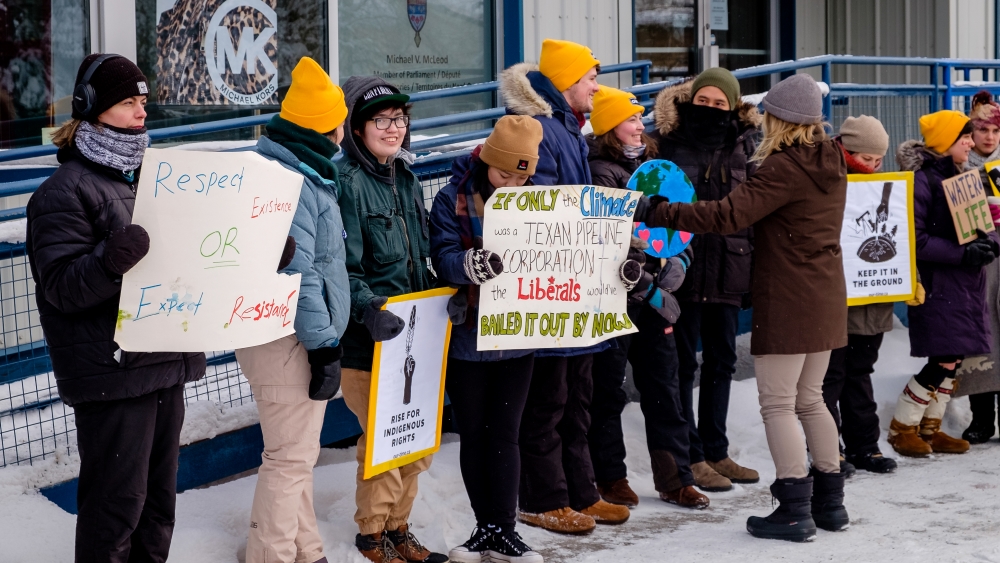 ‘I have to remind you’

“I think our young people need support,” he said. “What they’re talking about is what we are going to leave them, and I think that’s a really good question that we have to ask ourselves.” 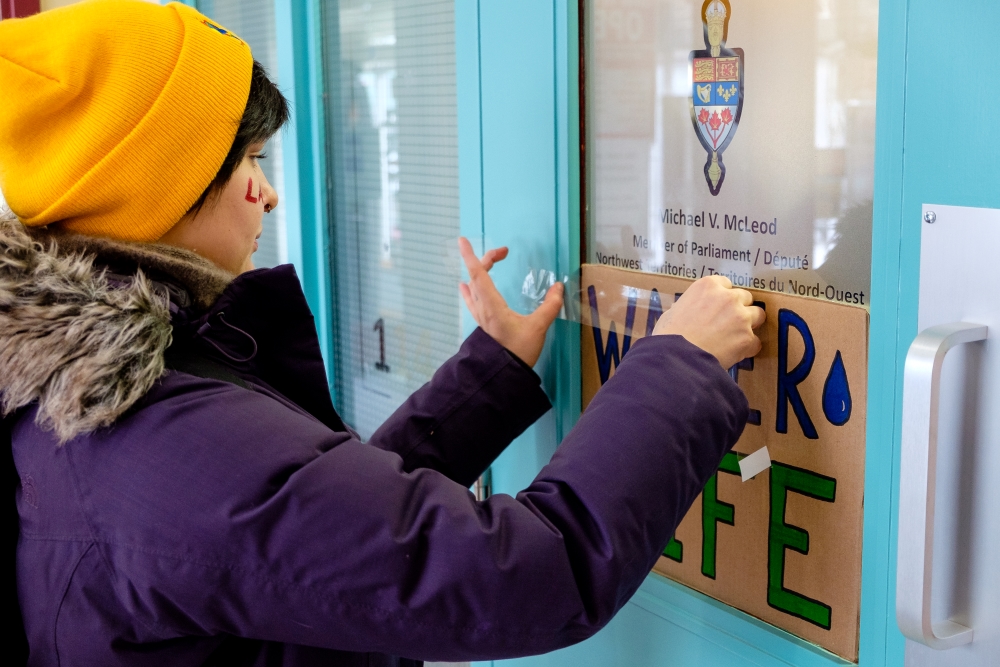 He added, “I just want Canadians to know that any time you’re dealing with unceded territory, you have to respect people and you have to live up to your talk of reconciliation. If you don’t, then I have to remind you.”

CKLB asked Hardisty what she thought will come from the conflict between the Wet’suwet’en people and RCMP.

She sighed in response, took a second, and said, “If Standing Rock is any precursor, I think the colonists are probably going to win. I’m not going to lie… It’s really easy to get disheartened. That being said, we can’t give up. Even if we don’t win this battle, we can’t give up and just stand idly by and pretend that everything is OK because it’s not.”