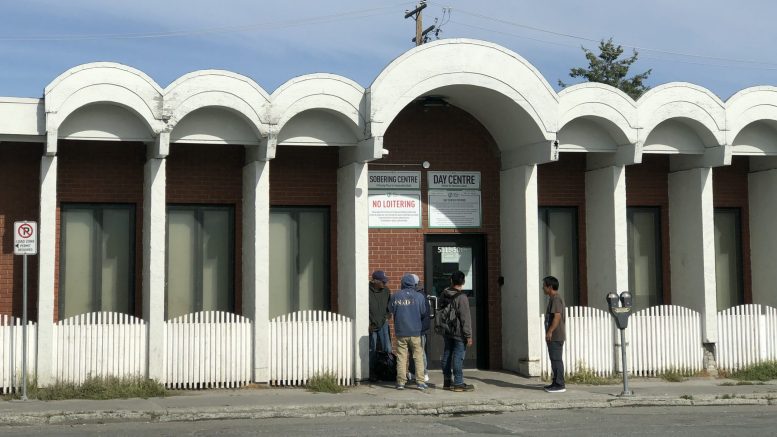 Since the proposal for a temporary lease of the lower level of the former side door centre for at-risk youth was rejected by the city of Yellowknife.

The NWT Health and Social Services Leadership Council will be hosting a public meeting to discuss the plans for a new temporary day shelter for Yellowknife’s homeless community, among other things.

Due to the restrictions imposed by the pandemic, the homeless community in Yellowknife has been dispersed since the temporary agreement with the Salvation Army had concluded in late July.

The GNWT says they are “disappointed” by the city’s decision not to vote for this proposal.

“The council didn’t feel it was the right fit,” says Rebecca Alty, mayor of Yellowknife.

The GNWT should look at some other options for placement of the day shelter, she says, such as the former GM dealership, getting an allowance from the Chief public health officer to increase the limit of bodies permitted in the space and perhaps renting a temporary building and setting it up in a parking lot.

The territorial government is currently reviewing its options and is hoping to reach a solution before winter, as stated in an email from Damien Healy, GNWT spokesperson.

Mayor Alty says she is working with the federal and territorial governments on a long-term solution for the issue of homelessness in the city.

The ten-year plan to end homelessness in Yellowknife has secured over a million dollars in funding a year from the federal government since 2017, with a recent renewal of funding added to the project.

Updates on the progress of the project will be revealed in the fall of this year, says Mayor Alty.

“We simply provided a space for the GNWT to provide a day centre,” he adds.

The GNWT was fully responsible for the daily operations of the day center at the Salvation Army and says it’s open to receiving recommendations on locations from business owners and the city of Yellowknife, as stated in a press release.

“We are still seeking a suitable location,” says Healy.