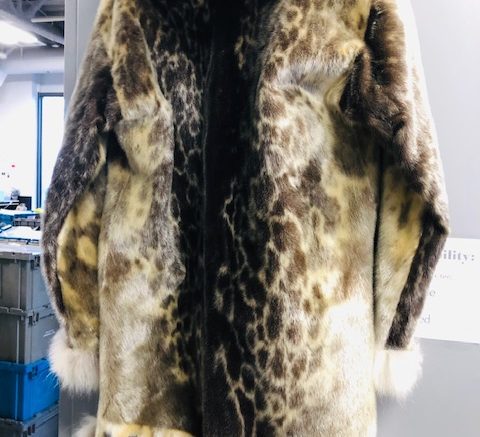 Employees of a Goodwill store in Edmonton are trying their best to find the owner of a sealskin coat that was made in the Northwest Territories and discovered in their after-hours donation bin last week.

Store manager Bev Latta from the Whyte Avenue Goodwill says when the parka was discovered, staff knew right away that it was unique.

“Every morning we clean out the donor bin and the processing team was overwhelmed by how beautiful the coat is. They brought it to my attention,” she said. “We thank the donor but maybe they didn’t realize what they had.”

Latta says she researched the parka from its tag and realized it had been manufactured by the Holman Co-operative in Ulukhaktok. 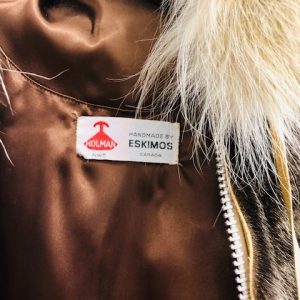 That community at one time was known as Holman.

Latta says they recognized that the coat has extremely important cultural significance.

She says she found a similar coat online that had been bought by a couple at an estate sale and once they realized what they had they donated it to a museum.

Latta adds that the coat could date back as far as the 1950s.

The coats were reportedly still being made as late as the 1980s.

She believes the handmade coat which is still in excellent condition, may be more than 50 years old.

Latta says Goodwill has heard back about the coat from people in the Northwest Territories as well as Edmonton, Calgary, Yukon, Manitoba and Ontario.

Officials at the museum in Yellowknife reportedly say it wouldn’t be a potential home for the piece. 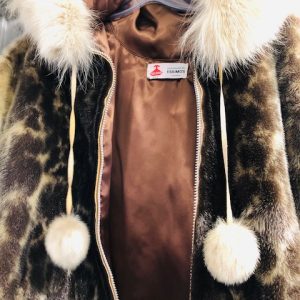 All photos courtesy of Goodwill/Bev Latta

The government-run museum told one news agency that they aren’t accepting any more of these particular jackets, as they already have too many.

If you know who rightfully owns the coat, contact the Goodwill store in Edmonton at 780-437-7156.