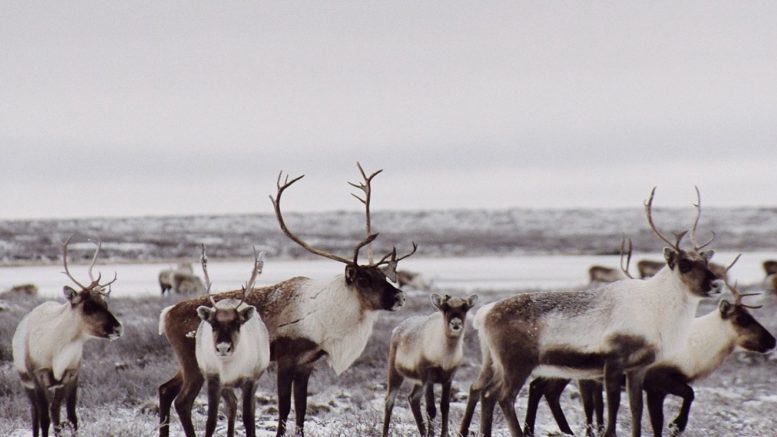 Barrenground caribou in the Yukon. (Photo by Don Russell and courtesy of WWF-Canada.)

Nine out of 10 northerners support protecting caribou calving grounds. That’s according to a poll commissioned by World Wildlife Fund-Canada.

The results show 74 per cent of respondents “strongly support” banning oil, gas and mining in calving grounds, another 12 per cent said they “somewhat” support the protections. Respondents came from the three territories, as well as Nunavik and Nunatsiavut.

Many caribou populations have been dropping in the NWT for the past decade. The Bluenose-East herd and Bathurst herd are especially concerning.

There are now only about 8,200 Bathurst caribou in the territory.

“An average of 83 per cent of Caribou are on the decline. I would say people in the South are flabbergasted by the decline of animals in the North. I think people here know the drivers are habitat loss and climate change. I feel like barren ground caribou are emblematic of what we are seeing with other populations across the North,” WWF Canada CEO Megan Leslie told CKLB.

Despite the dropping numbers, the Governments of the Northwest Territories and Nunavut are considering a road project that would run directly through the Bathurst calving grounds.

“This survey was done robustly and the numbers are not an outlier. We heard similar statements in our 2016 survey too,” she said.

(With files from Francis Tessier-Burns).

ENR awards $91,000 contract to shoot wolves from the air