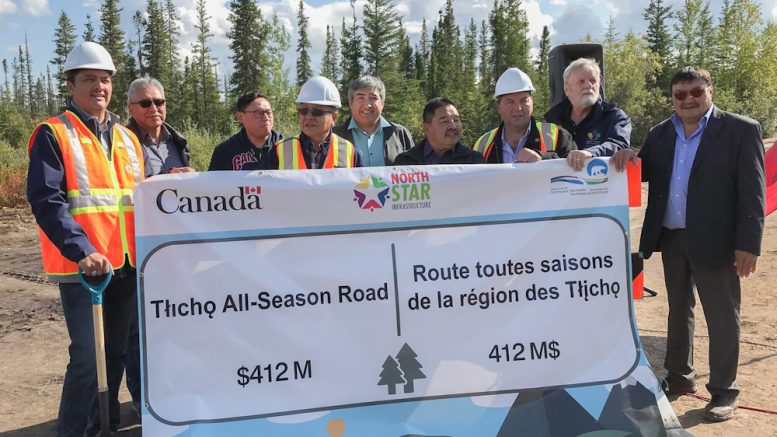 MLAs from across the territory were in Whatì for the groundbreaking ceremony. (Marie-Rose Blackduck/CKLB).

Construction of the Tłı̨chǫ all-season road is officially underway.

On Saturday, there was a groundbreaking ceremony in the community of Whatì, where the road will end once completed. The road will be a two-lane gravel highway branching off from Highway 3 west of Behchoko and will run about 97 kilometres. According to the Tłı̨chǫ government, 17 kilometres will be on Tlicho lands. 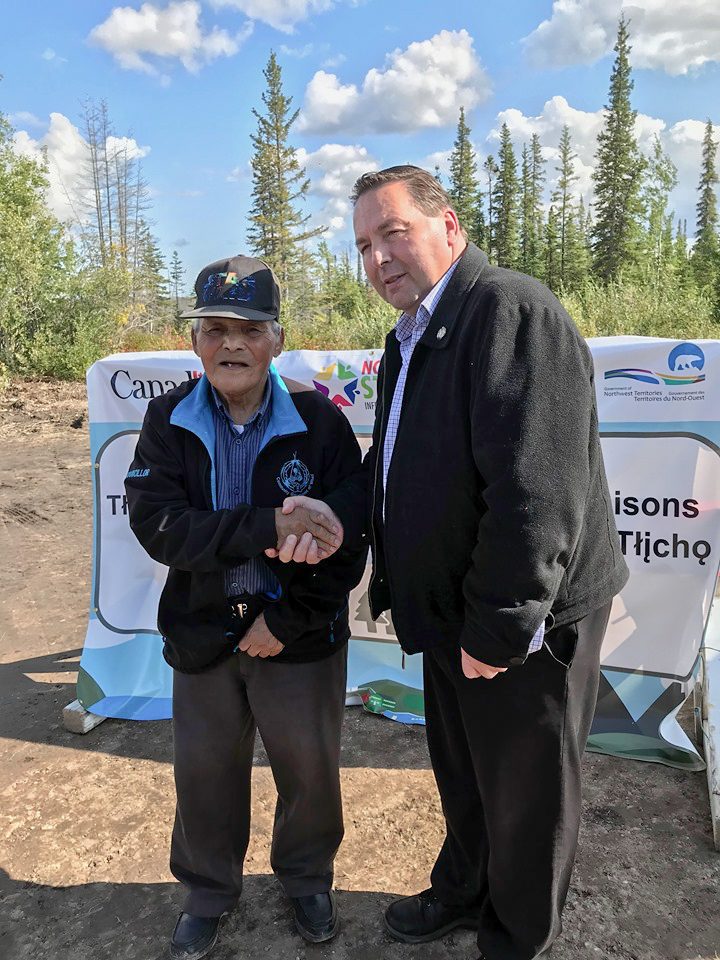 North Star Infrastructure was awarded the $412-million contract earlier this year. The vast majority, 75 per cent, of that money comes from the Government of the Northwest Territories, the rest is from the federal government. North Star is made up of a series of construction companies and the Tłı̨chǫ Government. Once construction is complete, it will operate the road for 25 years. In that time, 25 per cent of the capital costs of the road construction and maintenance has to go to Tłı̨chǫ businesses.

There isn’t yet an estimate of the number of long-term jobs that will be created by the road project.

The road is expected to open to the public in the fall of 2022.