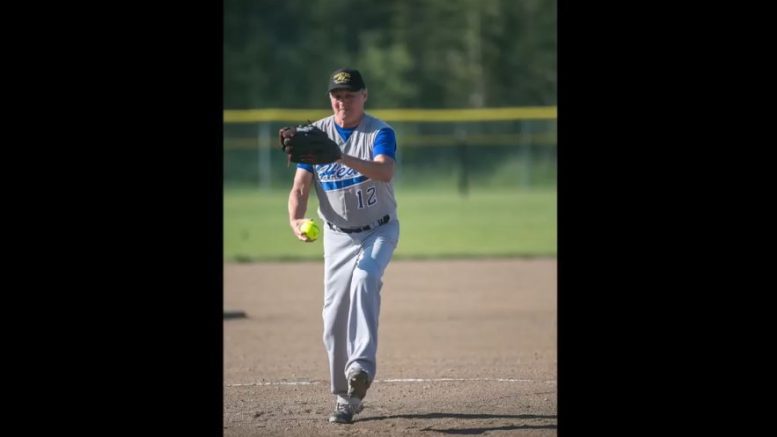 It usually takes two seasons of playing ball to break in a new catcher’s mitt. “It only took three quarters of a season to break in a new glove when you were catching those hard pitches from Floyd Daniels,” says former Team NWT teammate, now Nahendeh MLA Shane Thompson.
“Like a bottle of fine wine, Floyd got better with age, and always was a respectful competitor,” added Thompson.

Floyd Daniels passed away on August 18, 2019 shortly after being diagnosed with cancer. He was still playing fast-pitch competitively and helping with minor league ball in Hay River up until July. “Floyd wasn’t just a great athlete, he was a greater person, and it’s a huge loss for his family, friends and fans,” said another former teammate, catcher Frank McKay. They played together in the 1970’s as members of the Fort Smith Rowdies.

“The 1970’s was the golden age of fast pitch in the NWT. Even Uranium City was part of the NWT league,” recalls fan and family friend Tom Makepeace. 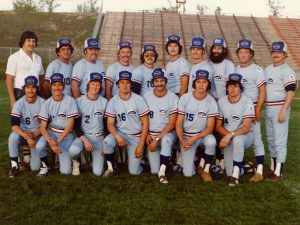 Floyd with 1978 Uranium City Team at Sr A Nationals.

Daniels would also share the mound with Owen Rowe in Fort Simpson and Hay River, later representing Team NWT at tournaments down south in communities like Lethbridge, Moose Jaw and Victoria. He and Rowe would form a friendship that would last a lifetime.“Fast pitch was the only game in town,” added MacKay. “One thing about Floyd was he only wanted three pitches to get you out. But Smokey Bourque might take nine pitches to get them out,” recalled MacKay.

Daniels competed in fast ball in numerous Territorial, Western and National Championships. He even brought home a silver medal in 2003 from an international tournament in Australia.
“His number three pitch, was one of his favourites. We called it a ‘screwball,’ and it would jump inside on a right handed batter, and we’d hear a lot of grunts and groans when he threw that one,” said Mackay, describing Daniel’s change-up.

Glenn Smith grew up watching Floyd pitch, and would later join him as a member of the Hay River Heat. “I caught for Floyd occasionally but mostly in warm-up. And if you caught it wrong, you’d be playing with a sore hand,” added Smith.

His friendly rival from Yellowknife, Paul Gard, also complimented Daniels on his strength and ability continue pitching, and hitting up until this season. Floyd Daniels was 62 years old. He is survived by his wife Janice and four children. There will be a funeral on September 2nd in Fort Smith at Saint Joseph’s Cathedral at 2pm. Following the funeral there will be a public celebration of life at Johnny Ayers Ball Park, where they may retire Daniels #12 uniform. 6 Indigenous women will be part of 19th Assembly