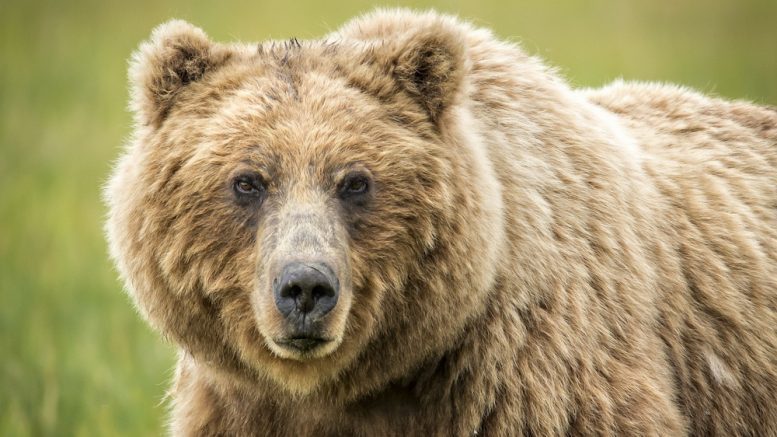 RCMP have confirmed they have found the body of a man who was fatally attacked by a grizzly bear near the Sahtu community of Tulita.

CKLB extends condolences to the man’s family and friends and also acknowledges the difficult task done by searchers who found the man’s body Friday afternoon.

CKLB learned what had happened mere hours after the bear attack early Thursday morning due to a connection to a female canoeist who first found a distraught woman on the shoreline of the Mackenzie River, about 50 kilometres south of Tulita.

That frantic woman told the canoeist that her partner had just been dragged into the woods by a grizzly bear.

The canoeist, who’s from B.C., then helped initiate a SPOT emergency locating device and RCMP were notified of the bear attack in the extremely remote area.

The rescuer had been paddling on the river with her husband, their two kids and two other men when they came upon the distraught woman on the bank of the river in the early morning hours.

“Currently Mounties are assisting the NWT Coroner Service with a Coroner’s investigation. A post mortem examination has been ordered,” RCMP stated in a news release issued late Friday afternoon. “Evidence in the investigation confirms a bear encounter. GNWT Dept. of Environment and Natural Resources continues to assist with the investigation regarding the bear.”

Due to rough water, police and ENR officials had to get to the scene Thursday by helicopter, RCMP said earlier.

They added that everyone directly involved in the incident had been extricated from the area.

The victim’s name has not been released and it’s not immediately clear where the man was from.

It has also not been made clear how far the man’s body was found from the initial bear encounter.

Fatal grizzly bear attacks in the NWT are relatively rare with this being only the second on record in at least the past seven years.

There was a close call earlier this summer with a grizzly threatening canoeists in the southeastern part of the territory.

That bear was eventually put down by ENR officials.

Read this space and/or listen to CKLB Radio for the latest update on this story.