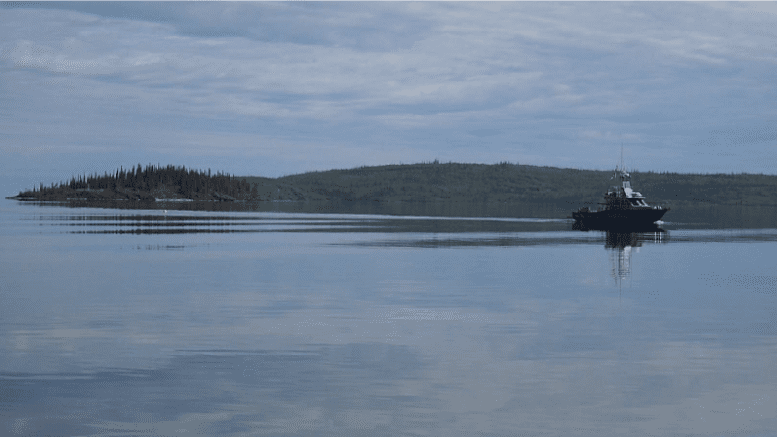 RCMP have come up empty in their latest search for the bodies of two missing snowmobilers in Great Slave Lake.

Cammy Boucher, 23 of Lutsel K’e and Fort Good Hope resident Jake Gully, 28, have been missing since their snow machine went through thin ice as they travelled from Dettah to Lutsel K’e back in May of this year.

The body of Cammy’s father, Sam Boucher, 65, was recovered just days after the trio disappeared.

In a news release issued Thursday police state that they worked with partner agencies on a joint patrol on Great Slave Lake which included a visit to the site where Sam Boucher’s body was recovered.

“RCMP have worked closely with partner agencies to leverage assets which may be in the area, to include observation of the area of interest and note any evidence which may indicate the location of the two missing persons,” the release states. “The Civil Air Search and Rescue Association (CASARA) has continued to provide aerial updates on the area of interest. Earlier in the year, they provided updated weather and ice conditions after patrols near the area. They also flew specific patrols to further search the area for any sign of the travellers.”

Additionally, RCMP say they have reached out to partner agencies including the Canadian Coast Guard Auxiliary, and Fisheries and Oceans Canada on joint patrols of Great Slave Lake.

After receiving information from community members from Lutlsel K’e on a potential site of interest, two RCMP officers travelled aboard two boats on a patrol to the East Arm of Great Slave Lake.

Mounties state that the patrol was carried out July 13 to 15, in an area where Sam Boucher’s body was recovered, and a site which Lutsel K’e community members of believe to be of interest, between Etthen Island and Blanchet Island.

Over the course of carrying out the patrol, the agencies were able to use their skills and equipment, including SONAR and a remote operated vehicle (ROV), to assist with a marine search of the bottom of the lake area.

The patrol ended with no sightings of new evidence or information as to the whereabouts of either of the bodies, the snowmobile, or the toboggan it was towing.

Police say the families of the victims have been kept up to date with any activities that may assist in locating their loved ones.

“We continue to ask anyone that is travelling near the area of interest, between Etthen Island and Blanchet Island, to report anything unusual to the Lutsel K’e RCMP,” states Corporal David Greene, Lutsel’ke Detachment Commander.

Lutsel’ke RCMP will continue to investigate the missing person’s file for the remaining missing two persons.