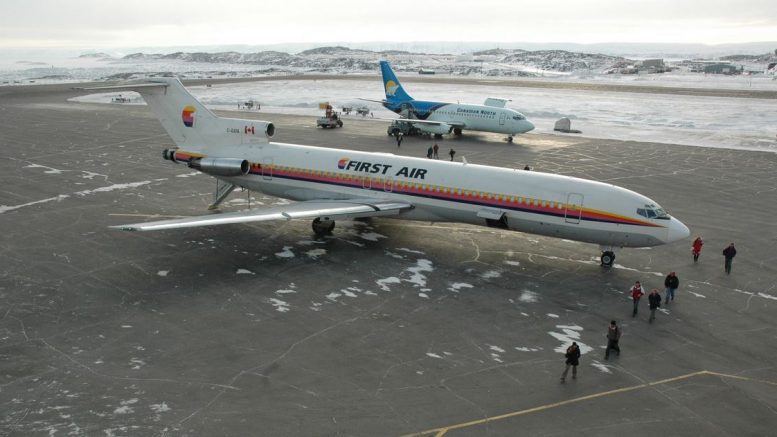 The deal is done.

First Air and Canadian North will merge into a single airline over the next two years.

The new airline will continue to be known as Canadian North.

The new board will be made up of representatives from both organizations.

Transport Canada approved the merger in June under a few conditions.

Two of the major ones were no price increases for passengers or for cargo and no reductions in scheduled flights.

According to a news release once the airlines merge, it will serve 24 northern communities.

It adds, “As a 100% Inuit-owned airline, Canadian North’s overarching mission will be to facilitate the safe and efficient movement of people and goods to, from and within Inuit Nunangat, with the potential to expand its service to even more destinations in the future.”