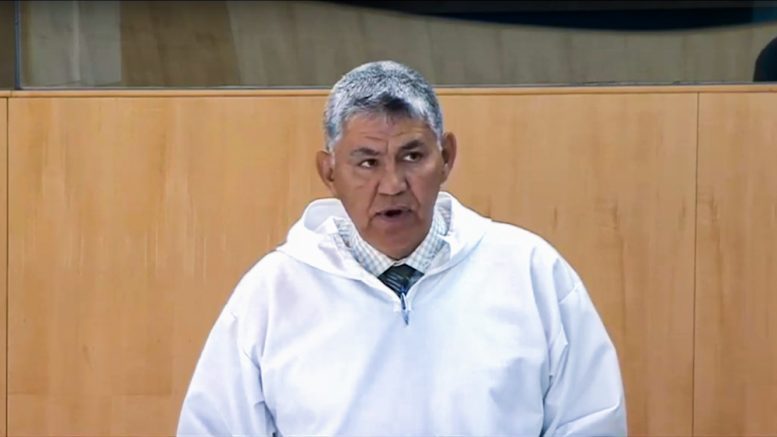 MLAs are criticizing Minister of Finance Robert C. McLeod for a lack of detail on the implementation of the territorial carbon tax.

Kam Lake MLA Kieron Testart is the chair of the Standing Committee on Government Operations.

The committee originally had public meetings scheduled for this week on Bills 42 and 43, which allow the government to introduce a carbon pricing program.

Those meetings have since been delayed following Minister McLeod’s announcement that the carbon tax will be delayed until September.

“The unfortunate reality is that the details of the government’s program are not contained in Bills 42 and 43… Committee will work with the Minister over the coming weeks to obtain further information that may be shared with the public,” said Testart in a news release.

Another part of the release says, “Committee anticipates that there will be a great deal of interest from NWT residents on the upcoming tax, how it will be applied to residents and businesses, and what impacts it will have on the NWT’s greenhouse gas emissions. Committee wants to ensure it can respond to the public’s questions.”

The committee clerk reassured CKLB that there will be public meetings on the bills before MLAs return to the house in August. The new dates for the meetings will be posted on the Legislative Assembly’s website.

The proposed territorial carbon tax is similar to the federal government’s in that the rates will be $20 dollars per ton of greenhouse gas emissions, and will rise annually by $10 up to $50 per ton in 2022.

The revenues will go towards exempting aviation fuel emissions and mitigation programs aimed at offsetting the effects of the tax. One such program the government is touting is a “100 per cent rebate on the carbon tax on heating fuel for residents and small business.”

Last week in the house, Minister McLeod said the carbon tax delay was “unintended and in no way should be considered as a lowering of the government’s commitment to implementing the NWT Carbon Tax.”

While it may be unintended, cabinet has no one else to blame for the considerable backlog of bills the legislature is currently facing.

Of the 60 bills put forward by this cabinet, 17 will have to be dealt with during its last sitting beginning in August. (Bill 44, the Forest Act has been pushed to the 19th Legislative Assembly).

Any province that didn’t have its own version of a carbon pricing program in place by April 1 of this year had to implement the federal plan. The feds gave the territories until July 1; of the three, the NWT is the only one taking it upon itself to create its own carbon pricing scheme, though as noted above it’s similar to the federal one.

In his statement, Minister McLeod said, “There is no plan on the part of the federal government to implement the federal backstop on July 1.” Essentially, the territory will be carbon tax-free until September 1.