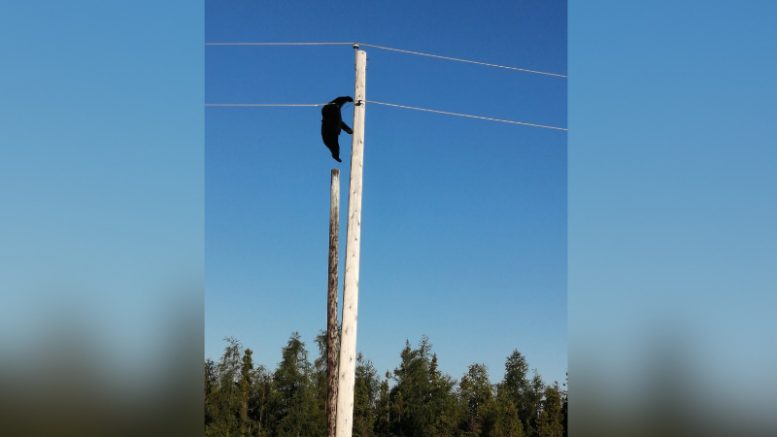 The bear was about half a kilometre outside of Dettah. (Roy Dahl/CKLB)

Dettah residents found a black bear hanging from a power pole outside the community on Tuesday morning.

According to the Department of Environment and Natural Resources (ENR), the bear was shot after climbing the pole but ENR wasn’t the one to shoot it.

Who shot the bear is still unclear.

Doug Prendergast is a spokesperson for NTPC.

He said the incident did not cause any power outages in Dettah.