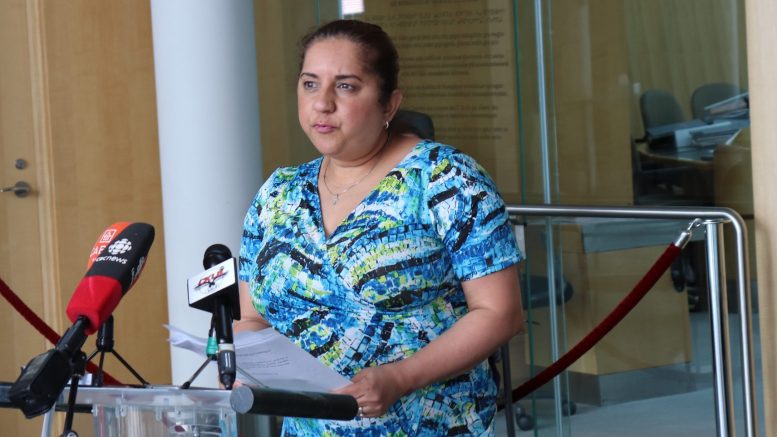 Dr. Kami Kandola, the NWT chief public health officer, has declared the COVID-19 outbreak at N.J. Macpherson school in Yellowknife to be over.

According to a news release, the last person to be infected at home related to the outbreak was diagnosed on May 20.

Kandola initially declared an outbreak on May 2.

There were 71 cases confirmed to be related to the outbreak; everyone recovered and there were no hospitalizations.

The release says the outbreak had an effect across the territory.

“Most of all, the outbreak impacted families, and residents in Yellowknife, Behchokǫ̀, Dettah, and Ndilǫ. Individuals and families were required isolate for prolonged periods, which was very challenging. The OCPHO wishes to acknowledge the selflessness of those who isolated to keep their friends, families, co-workers and communities safe, and all of those who supported these individuals during this period. Without these efforts, the outbreak could have turned out much differently.”

Despite the outbreak being over, Kandola has decided to keep the mandatory masking public health order until June 28 “which will be after the end of
the school year in all four communities, as a protective measure to prevent transmission,especially in schools in case of another introduction of COVID-19.”