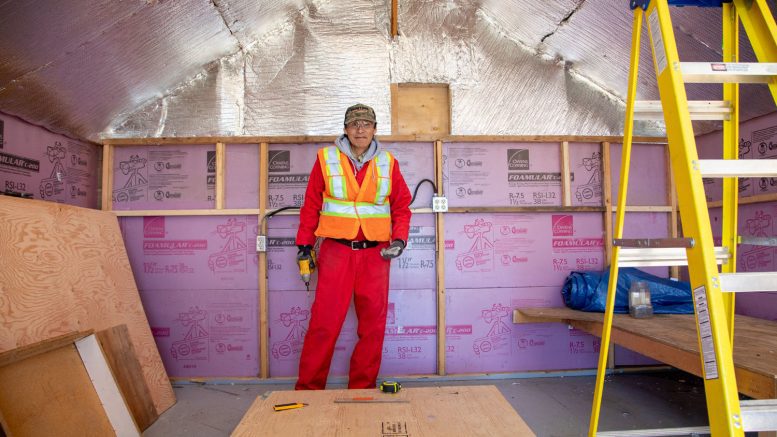 Ndilǫ Chief Ernest Betsina says he is happy that over half the employees hired at the Nechalacho rare earths mine are Indigenous.

Cheetah Resources, who are overseeing the project, issued a news release detailing the companies hiring numbers in the Northwest Territories.

The Nechalacho mine is being run by the Det’on Cho Nahanni Construction Corporation, the economic arm of the Yellowknives Dene First Nation (YKDFN).

Betsina says the numbers show project is following through on its promises to provide employment within the community.

“I’m pleased that they’re hiring YKDFN and other First Nations people on the project,” he says.

Although the numbers are small so far — only 14 people are currently employed by Cheetah in the NWT — there are plans to hire more people when production starts.

Of the 14 employees, nine are Indigenous, equaling 64 per cent of the workforce.

Of the remaining five non-indigenous employees, three are northerners.

Of the 11 people working directly at the Nechalacho camp, eight are Indigenous.

The release says the majority of filled positions are camp duties and mechanics.

The plan is to operate a mine about the size of football field on Thor Lake to extract rare-earth minerals, a critical component for energy-efficient and renewable products.

Geoff Atkins, managing director of Cheetah Resources, said in an interview with CKLB over the summer, the plan for the mine is to use environmentally friendly practices for extraction.

“This project demonstrates that it is possible to extract those minerals with as low an environmental footprint as possible,” he says.

Betsina agrees, adding the small size of the camp will help to limit any impact.

“This project would minimize disturbance of the land,” he explains.

As a result of the COVID-19 pandemic, the project has been delayed and the Nechalacho camp opened with a smaller workforce than planned.

However, Atkins says he remains optimistic.

“We’ve used the last few months to be able to get ourselves ready and really move into a development phase for the project,” he says.

Preparation work is expected to be completed by mid-October and operations are scheduled to begin in 2021.