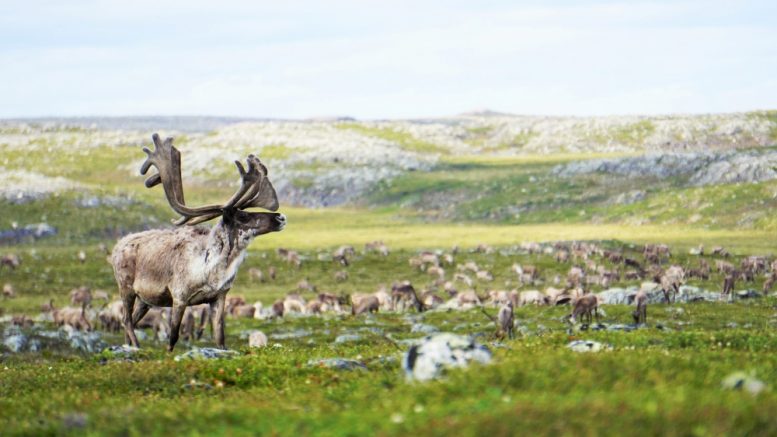 Despite two years of “perfect conditions” for caribou, Tłı̨chǫ monitors are still seeing a low calf-to-cow ratio in the Kokètì ekwǫ (Bathurst) herd.

Petter Jacobsen is the principal investigator with the Tłı̨chǫ Government’s Ekwǫ̀ Nàxoède K’è (Boots on the Ground) monitoring program.

“The bulls are growing large antlers early in July and we start to see they’re getting fat early in the season, which are good signs according to caribou monitors,” he says. Despite healthy animals, “we just don’t see the calves,” he adds. “The population of caribou, it’s not repopulating itself.”

This past summer, monitors estimated there were 31 calves for every 100 cows. 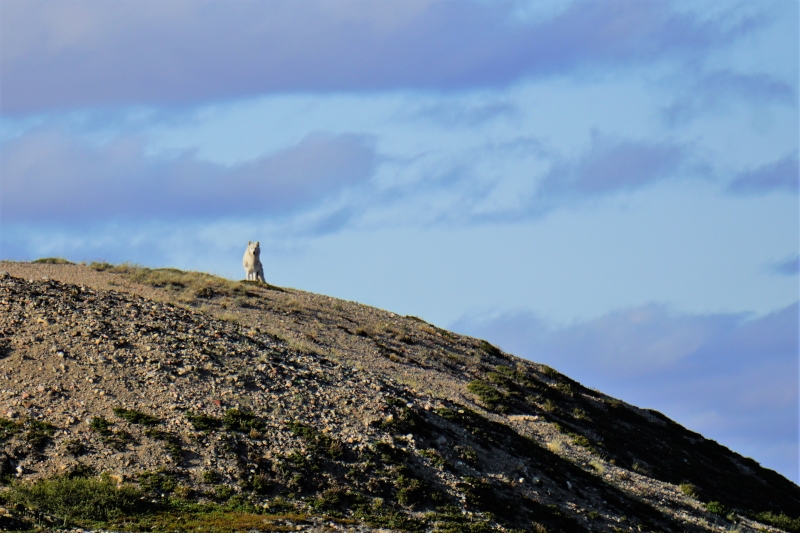 Monitors reported seeing a record number of wolves in the 2019 season. (Photo courtesy of the Ekwǫ̀ Nàxoède K’è program)

To be clear, the monitoring program follows Kokètì ekwǫ in its summer range and leaves the calving ground surveys up to the department of Environment and Natural Resources. That being the case, Jacobsen can’t say whether there is a higher number of calves being born that are hunted, or if the birth rates are low.

However, Jacobsen says monitors have been seeing more and more dı̀ga (wolves).

“This last July, we saw wolves every second day almost,” he says. “A lot of the harvesters are comparing the low amount of calves we see with the amount of wolf observations, so there’s a possible linkage there.”

The program hired about 20 community members in three groups to follow Kokètì ekwǫ over 57 days, from July to September, as the herd traveled to Nunavut. The monitors traveled more than 3,200 km by boat and on foot, and spent 325 hours observing caribou.

They saw 214 groups for a total number of 15,613 caribou. That number is nearly double the population estimate done by ENR, which says there are about 8,200 animals in the Kokètì ekwǫ herd. Tyanna Steinwand is the program’s research manager. She explained that monitors would count the same animal on consecutive days if the groups remained near them. The report says, “The sightings represent more of a relative abundance and is not a population estimate.” 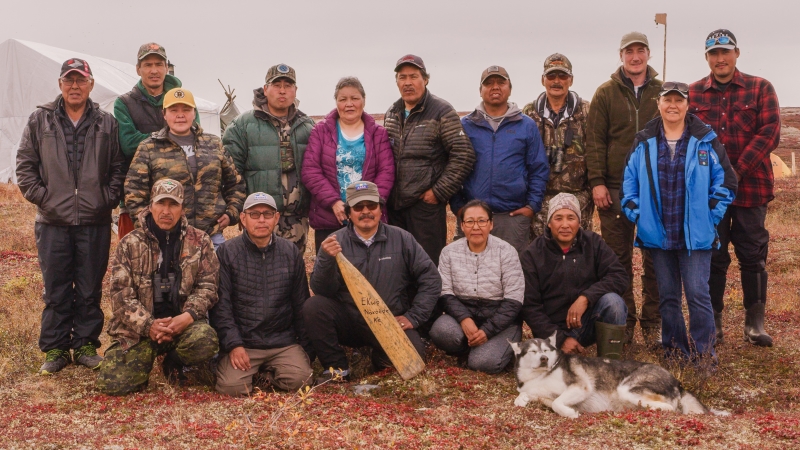 The recommendation to create a protected area is piggybacking off of work in the Bathurst caribou range plan, which also calls for these types of measures.

“The program is part of gathering information that could lead towards that,” Jacobsen says.

Last year, the territorial government upped the payout to harvesters as part of the North Slave Wolf Harvest Incentive Program. Despite the increase, it still had to resort to an aerial wolf cull in April and May of this year.

As for climate change, Jacobsen says the recommendation is to show decision-makers the effects of climate change “on the ground”.

The Conference of Management Authorities (CMA) recently published its Recovery Strategy for Barren-Ground Caribou. The plan oversees management for all barren-ground caribou in the NWT, except for the Porcupine herd, which is considered “not at risk at this time”.

In a news release, the CMA says, “The recovery strategy aims to maintain or restore herd populations, support and maintain the caribou-people relationship, ensure movement and migration across their historic ranges, and promote the conditions necessary for recovery.”

But the details on how to make this happen will only be in herd-specific management plans.

The strategy also says the idea of “managing caribou can also be seen as inappropriate; it is at times preferable to clarify that while caribou can look after themselves, it is peoples’ activities that need to be managed.”

The CMA says this can be achieved with monitoring, research and knowledge sharing.

Jacobsen says he doesn’t expect any changes to the Ekwǫ̀ Nàxoède K’è program after the publication of the strategy. But he sees it being a “significant contributor” to the future risk assessment process of barren-ground caribou. 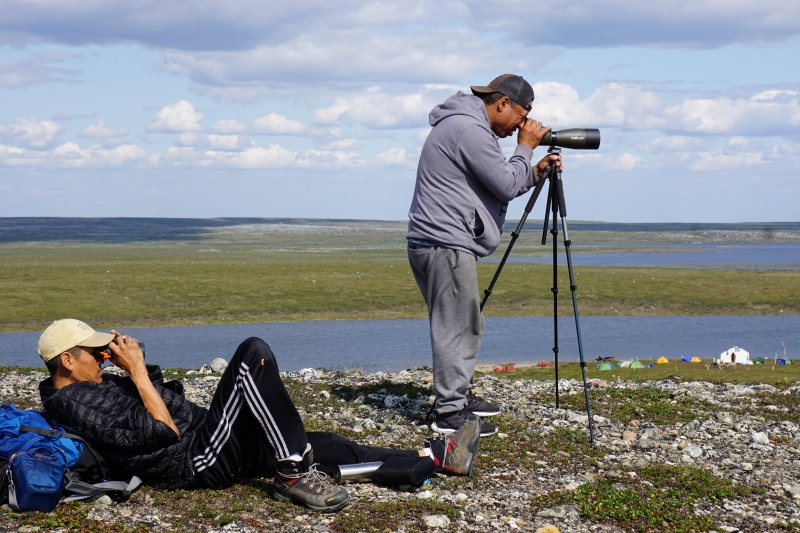 Despite a world-wide pandemic, monitors will still be out in the Barrenlands this year to observe caribou.

Steinwand said they were unsure if the program would take place, but now the first group of monitors is scheduled to go out on August 2. She adds that there will be two more groups this year and monitors will also be stationed at a second location: Point Lake.

For having started as a pilot project in 2016, Jacobsen now says the program is likely to continue “for many, many years.”

He attributes its success to listening and shaping the project to fit within traditional practices.

“We’re just doing what people have done on the land forever.”


LKDFN says it may pursue a civil suit against the GNWT