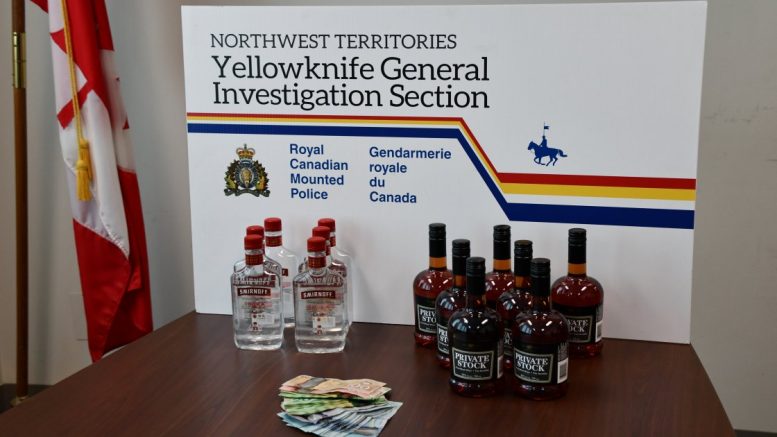 (Photo courtesy of the RCMP.)

RCMP in Yellowknife say they have charged a 23-year-old woman for the illegal sale of liquor.

During a routine patrol in downtown Yellowknife on Wednesday, April 22, police say they observed what appeared to be “illegal liquor sale activity coming from an apartment building on 47th Street.”

Police started an NWT Liquor Act investigation based on this information.

On Friday, April 24, police searched an apartment in a building downtown. RCMP found cash and several mickeys of vodka and some Private Stock fortified wine.

Police arrested a 23-year-old woman and charged her with the illegal sale of liquor. Police also seized the alcohol.

The RCMP has not released the woman’s name.