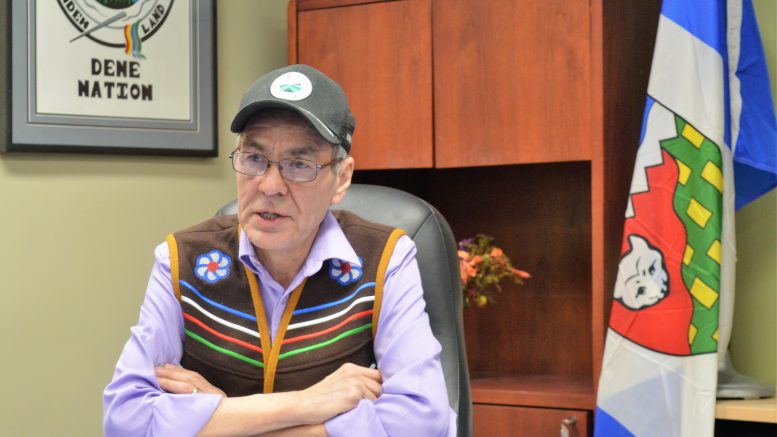 The National Chief Norman Yakeleya of the Dene Nation advises his people that he is gone to live on the land and that they should do the same to protect themselves from the COVID-19 pandemic.

“We are responding to the storm that is coming,” Chief  Yakeleya said. “The Dene Nation is taking responsibility of our own destiny.”

Chief Yakeleya says the plan is to head to the bush to avoid possible COVID-19 infection which he says makes perfect sense for his people.

“Our people have been here in Canada on the land for thousands of years,” Yakeleya said. “We know how to survive off the land.”

Yakeleya says that his people should head out to the land because of limited resources in the northern communities when it comes to doctors and nurses.

“It’s time to set out a new trail in regards to how we can keep our people safe,” Yakeleya said. “The land will provide what our people need to survive.”

Yakeleya plans to stay out in the bush for upwards to nine days but says the people of his communities in the North should really think longer-term until the COVID-19 pandemic has been contained within Canada.

“We are asking the families to start using the traditional medicines on the land, the trees, the plants, the animals,” Yakeleya said. “Let’s go back to who we are as Dene people, listen to the teachings of our elders and that’s what the Dene Nation is encouraging very strongly.”

“We’re asking all our people to pray, to be good to one another and to help each other and to keep their comminites as safe as possible,” Yakeleya concluded.