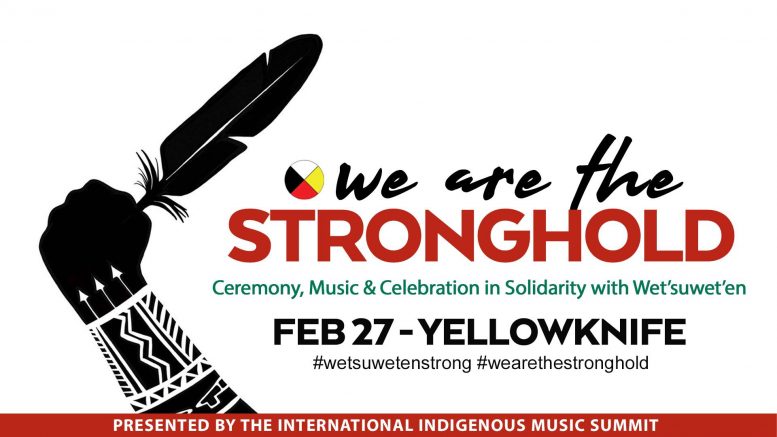 An event Thursday night in Yellowknife raised about $6,000 in support of the Wet’suwet’en First Nation in Northern British Columbia.

That’s according to organizer and performer Leela Gilday.

“We are the Stronghold” was billed as a musical ceremony and celebration in solidarity with Wet’suwet’en.

People there have been protesting a natural gas pipeline that would cut across their land.

“Gilday added that the event was held in solidarity with action taking place on unceded and sovereign Wet’suwet’en territory and in support of the heredity chiefs and land defenders holding the line.

She says a similar event last night in Toronto raised about $30,000 for the same cause.

Proceeds are going to Raven Trust, the legal defence fund of the Wet’suwet’en protectors of land air and water.

The sold-out event, which included donated works of art by local artists, was held at the Prince of Wales Northern Heritage Centre.