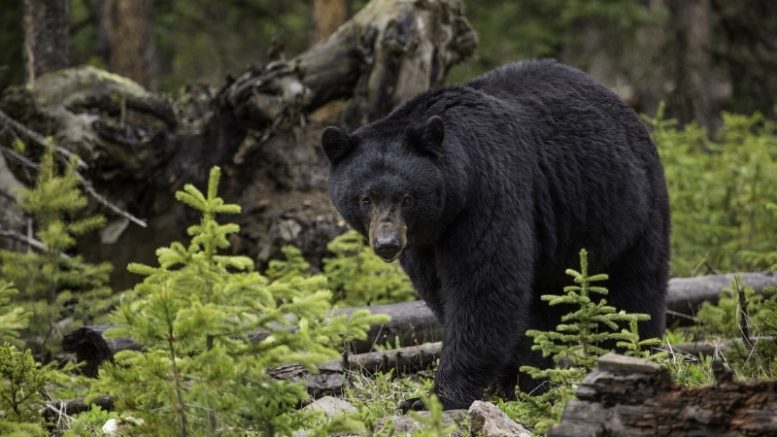 A stock image of a black bear. (Photo retrieved from Pixabay).

The original version of this story stated that the numbers of bears destroyed by ENR officers was for the years of 2018 and 2019. In fact, the numbers are for the months of August only in those years. It was CKLB’s honest mistake, not ENR’s)

Game officers with the territorial government’s Department of Environment and Natural Resources (ENR) have shot and killed 42 bears across the Northwest Territories this month alone.

Those numbers have come from an ENR spokesperson.

This month’s numbers include one grizzly and one black bear near Tulita after a man was killed by a grizzly on the MacKenzie River, about 50 kilometres south of Tulita.

It’s unclear if either of those bears destroyed was responsible for the fatal attack.

The victim has since been identified as a French tourist.

A woman who was canoeing with the man at the time said it was definitely a grizzly bear.

Grizzlies hanging around the dump in Aklavik has also been a problem this summer.

MacKenzie Delta MLA Frederick Blake was concerned enough for the safety of Aklavik residents that he asked ENR Minister Robert C. McLeod about it in the Legislative Assembly roughly a week before the man was killed although that happened in the Sahtu.

Five grizzly bears have now been put down this month in the Aklavik area compared to none in August last year.

Three bears have been destroyed by ENR officers in the Fort Simpson area this August compared to nine in August last year.

Four have been destroyed in Inuvik this month compared to zero in the month last year.

Four bears have also been put down in Wekweeti this August compared to none in August last year.

The rest of the numbers of bears killed by game officers in regions across the territory this month are similar to last year.

The numbers do not include private citizens who have shot and killed bears and have not reported it to ENR which is a contravention of the Wildlife Act regulations.

It is not clear how many, if any, bears have been trapped and relocated this year.

ENR spokesperson Meagan Wohlberg stated in an email to CKLB that they work with hunters in determining how many tags should be issued each year.

“Co-management partners regularly review tag allocations for grizzly bears. When communities identify the need to increase or decrease tags, co-management processes are followed. The Gwich’in Renewable Resources Board and Wildlife Management Advisory Council are fully engaged in this process,” she stated.

Blake suggested more hunting tags in his region as a way to control the number of problem grizzly bears.