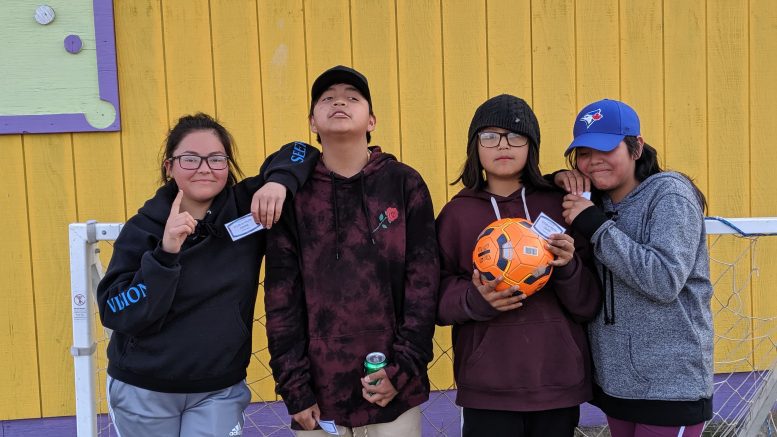 Students in Gameti after a soccer game. (Submitted by Janelle Nitsiza)

Folks in Gameti are getting off the couch and getting active!

With less than a week to go in the Participaction Community Better Challenge , the fly-in Tlicho Community is ranked 12th in the top 20 communities from across Canada in the running for the healthy competition.

$150,000 dollars is up for grabs, going toward physical activity initiatives for Canada’s most active community.

Janelle Nitsiza is Gameti’s Recreation Coordinator, who’s helped get them registered and on the national stage.
She says even elders are pitching in with walking, golf and outdoor work minutes, while youth are playing soccer, baseball and doing spin classes.

“Everyone is taking it seriously and giving me their minutes. Boris Ewakfo is helping with the golf, and lots of people are getting outside,” said Nitsiza.

Gameti will likely capture the 20 thousand dollars prize for the top community in the Northern Territories. At this time no community from Yukon or Nunavut is in the top 20.

“The community rankings change daily. However we have ranked 1st for the north since we started the challenge,” added Nitsiza.

Currently the Jean Wetrade School gym is the main recreation facility for the community. If Gameti wins, Nitsiza says the money would go for a stand-alone fitness centre. 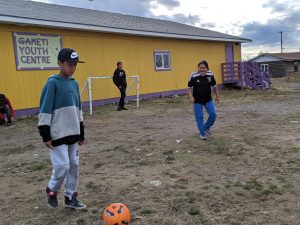 The ParticipACTION Community Better Challenge is similar to the Walk to Tuk Challenge- but on a national level. Residents are encouraged to download the free ParticipACTION app, track their active minutes and contribute to the challenge.

The contest is running until June 16th and is open to all Canadian residents. 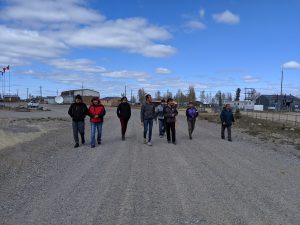 ParticipACTION was famous for increasing physical activity across Canada during their first decade in the 1970’s. With funding form Health Canada they produced a wide variety of media messages, sometimes using humour like the famous 1973 television advertisement depicting the “60 Year Old Swede versus the 30 Year Old Canadian.”

Nurse says knowledge of healthcare system helped save her life