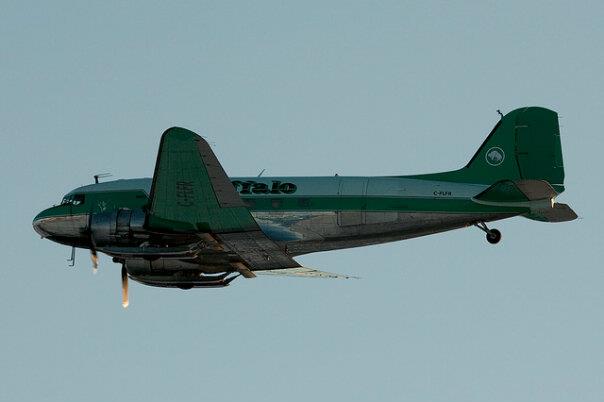 The Transportation Safety Board of Canada (TSB) now says it will investigate after a Buffalo Airways plane was forced to make an emergency landing off the runway last week near the Hay River Airport.

In a news release, the TSB states that it’s deploying a team of investigators to the site of the forced landing which occurred last Friday morning after an apparent engine failure.

They were the only people on board at the time.

The DC-3 was headed to Yellowknife and was about ten kilometes out of Hay River when it was forced to turn back towards the airport.

It’s still not entirely clear how close it was to the runway when it went down.

The TSB says it will gather information and assess the occurrence.

The TSB is an independent agency that investigates marine, pipeline, railway and aviation transportation occurrences.

Its says its sole aim is the advancement of transportation safety.

It is not the function of the board to assign fault or determine civil or criminal liability.