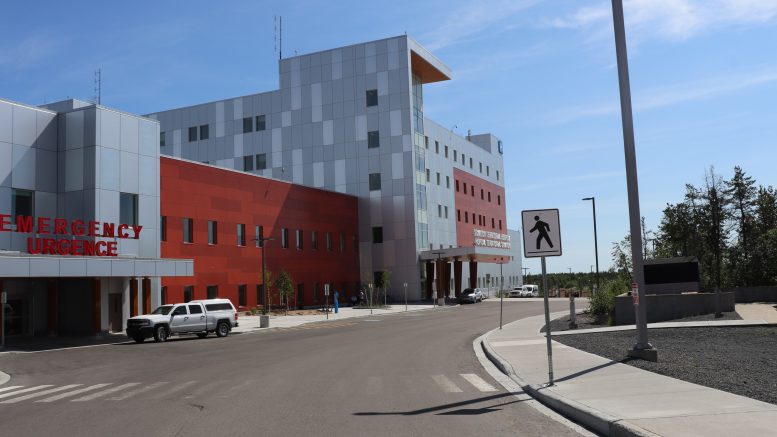 The territorial chief public health officer (CPHO) announced another 51 cases of COVID 19 on Thursday, bringing the total number of active cases in the territory to 460.

Of the cases, 277 are in Yellowknife, Dettah and Ndilǫ, 163 in Behchokǫ̀, seven in Fort Smith, six in Hay River and K’atl’odeeche First Nation, two in Wekweètì, one in Whatì, one in Łutselkʼe, one in Inuvik and one in Fort Good Hope.

A press release issued by the CPHO says 75 per cent of those in the ICU are not fully vaccinated.

The rising numbers also come as residents prepare for Thanksgiving weekend, but health officials are urging people not to gather this year.

In a press conference on Wednesday, Dr. Kami Kandola, territorial CPHO, said there would be additional enforcement this weekend.

The rising numbers in Yellowknife, Dettah, Ndilǫ and Behchokǫ̀ continue even as the communities have been placed in lockdown.

But he says the residents has been following the restrictions and the community has been ensuring those isolating are able to access whatever they need.

“We do have a hamper hand out food kit, information kit that’s been delivered right to their door,” Chief Sangris said, “we have a team, our a wellness department that does that and they’re doing a really good job at it.”

Dr. Kandola said waning vaccines effectiveness could be playing a role in the current outbreak.

Studies show the vaccines to be effective at both preventing serious illness and preventing transmission of the virus, but there have been studies that found the vaccine begins losing effectiveness after six months.

Vulnerable residents of the NWT were among the first in the country to receive the vaccine, back in December 2020 and January 2021. As a result Dr. Kandola says there is the possibility that the vaccines have begun losing their effectiveness in vaccinated residents. This is why the territory has begun administering third doses to vulnerable people in affected communities, studies show a third shot of the vaccine offers additional protection to the elderly and immunocompromised.

Another factor for the continuing outbreak could be the territory’s vaccination rate as a whole which is among the lowest in the country, despite its head start in the vaccination campaign. Only 66 per cent of the total population of the NWT has been fully vaccinated against COVID-19 whereas the national average is 71 per cent according to the government of Canada’s database dated Oct. 2. According to the database only Nunavut and Saskatchewan have a lower vaccine rate than the NWT.

The NWT also has some of the weakest vaccine mandates. Alberta was one of the most recent provinces to announce a vaccine mandate for all public servants, whereas the NWT only recently announced it would be requiring GNWT employees who work with vulnerable populations to be vaccinated by Nov. 30.

While many other jurisdictions have begun requiring customers to show proof of vaccine status to access non-essential private businesses. In a press conference last week, Premier Caroline Cochrane said the territory is exploring this, but is waiting for more direction from the federal government first.