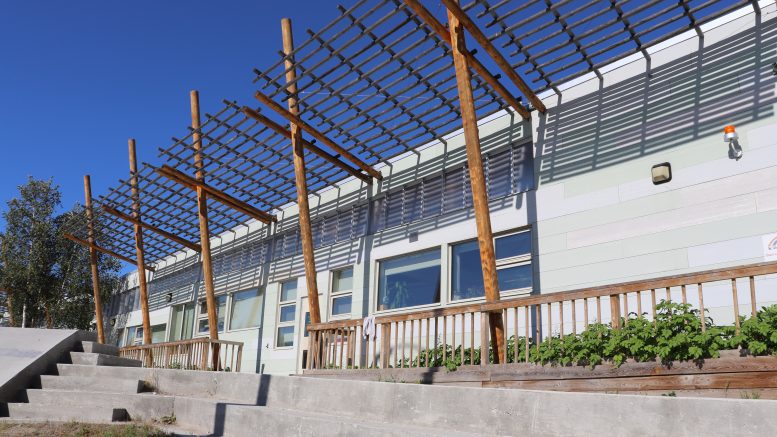 Gathering restrictions in Behchokǫ̀, Yellowknife, Dettah and Ndilǫ will be in place until at least Oct. 17 as COVID cases continue to rise.

Cases in the four communities make up 96 per cent of the active COVID cases in the territory.

The NWT’s COVID rate is the highest in the country and seven times higher than the national average.

She said it is possible for students to return to the classroom on Oct. 18, but only if the number of cases drop significantly.

Dr. Kandola says more details on schools would be shared next week.

Another 55 active cases of COVID-19 were reported Wednesday evening.

There are 266 active cases in Yellowknife, Dettah and Ndilǫ, 137 in Behchokǫ̀, five in Fort Smith, six in Hay River and K’atl’odeeche First Nation, three in Wekweètì, one in Whatì, one in Łutselkʼe, one in Inuvik and one in Fort Good Hope. 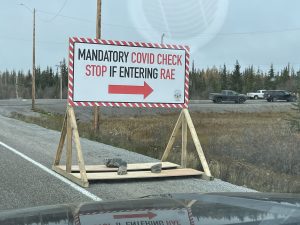 A check stop has been introduced to slow the spread of COVID between Yellowknife and Behchokǫ̀. (CKLB file photo.)

The cases have continued to rise even as gathering restrictions have been implemented for over two weeks.

Dr. Kandola attributes one of these causes to be travel between Behchokǫ̀ and Yellowknife. She says this is why she put in travel restrictions between the communities.

“An area that we saw an increase in transmission is Yellowknife to Behchokǫ̀ back-and-forth,” she said. “We think the best way to reach the peak… Is to isolate the two communities from one another.”

In order for people to travel between the Behchokǫ̀ and Yellowknife, they need consent from travelers for checkpoint staff to look up their vaccination status. Travelers do not need to have a copy of their immunization, Dr. Kandola explains.

Behchokǫ̀ currently has the highest COVID infection rate in the territory with 137 active cases in the community of 1,983.

The community also has one of the lowest vaccination rates in the territory with only 49 per cent of the entire population fully vaccinated.

Behchokǫ̀ Chief Clifford Daniels says this is something he’s been trying to figure out.

“I wish I had that answer,” he said of why the community’s vaccine uptake has been so low. “I guess people decide not to for whatever reason. And I can’t fault them for that, that’s their right, but also the people that get vaccinated have the rights too and I think, for the best interest of the community, we want to get everybody vaccinated.”

Chief Daniels says the travel restrictions are necessary and he asked his community members to be polite to the staff working at the check stop.

Chief Daniels says one of the major challenges of the outbreak is one the community has been facing for a long time, housing.

He says overcrowding was already an issue and has made the COVID situation worse in the community, as some people who test positive live in overcrowded spaces or don’t have anywhere to go.

Chief Daniels says the community is establishing an isolation centre so those who test positive can distance themselves from other household members.

He said compliance has been another issue in the community and asks everyone to follow the rules.

Dr. Kandola says there have been several cases of people breaking the restrictions in the affected communities, an issue that is likely to increase this weekend with Thanksgiving.

However, Dr. Kandola said the territory will be increasing enforcement for Thanksgiving weekend to crack down on gatherings.