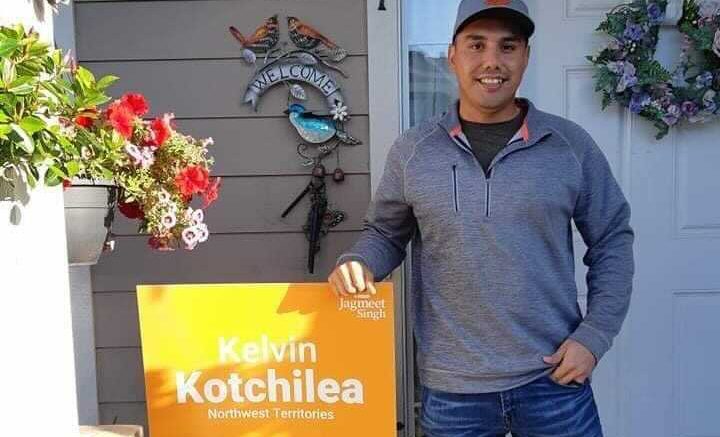 Kelvin Kotchilea and the NDP are pledging to have a national Indigenous-led housing strategy within their first 100 days if they win the upcoming federal election.

In announcing the plan, Kotchilea said he wanted to hear from communities across all regions.

Some of the elements in the proposed plan include restoring long-term funding from the Canada Mortgage and Housing Corporation, create workforce homes rather than camps so they can be used by communities when workers leave, and  focus on designs tailored to northern living.

Kotchilea said the lack of land development in the territory is one of the major hurdles to address housing needs.

Part of the plan would also include training opportunities and “capacity-building” in communities.

“There has to be a blended approach, so that we bring skills (in communities) moving forward,” said Kotchilea.He added this could help maintain pre-existing units longer if there were more skilled workers across the NWT.

According to current poll averages, the NDP sits in third place with the Liberals forming a minority government.

CKLB asked how Kotchilea would implement the NDP’s proposed housing plan if another party forms government.

He said he’d work with Indigenous governments and other northern MPs to “create a louder voice” and be heard in Ottawa.

“Anything can happen on election day,” he said. “I’m optimistic that we are gaining momentum, and we are on the right track.”

While there were no dollar figures associated with the NDP’s proposed plan in the NWT, a news release says it would be fully funded.

Kotchilea said housing costs have gone up under the Liberal government since 2015.

In 2019, the NWT Bureau of Statistics listed affordability as one of the main housing issues in the territory.

On Tuesday, Michael McLeod team sent a news release pointing to some of the investments made into northern housing, including the $60 million co-investment fund, and $25 million in this year’s federal budget.

“We know more work is needed, and we are ready to build on our record,” McLeod is quoted.

The release points to the Liberals broader housing platform. Relating to the North, it mentions the proposed Urban, Rural, and Northern Indigenous Housing Strategy, with a $300 million allocation to it, as well as permanently increasing the co-investment fund.

Clarification: A previous version of this story said the NDP did not have money allocated to its housing plan. The story has been updated with figures from its broader platform.