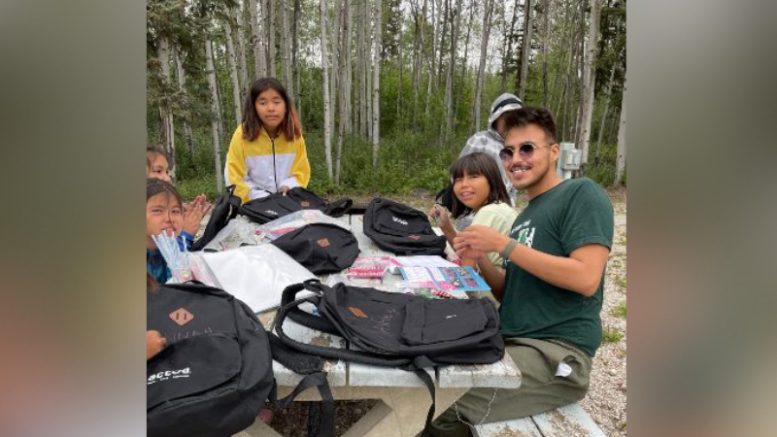 This past weekend Northern LOCO hosted a youth camp at the campgrounds in Deh Gáh Got’ı̨ę (Fort Providence). It was first initiated by a youth worker, Jeffery Simba, 15, who identified the need for the youth to get away from the community’s ongoing effects of intergenerational trauma.

“It was good, just needed some time away from the community…to get out of the town and do some culture stuff with the kids,” says Kathleen Gargan, 16, one of the youth camp leaders. 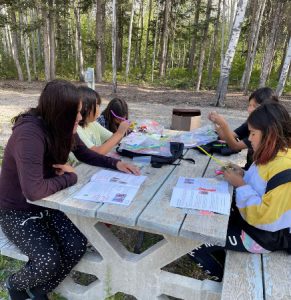 Activities such as beading, fishing, handgames, nature walks and an airsoft rifle tournament occupied the youth during the weekend. The camp consisted of 23 youth, ages 8 to 16.

“Now that there’s drugs in town and alcohol and it’s just…affecting us youth,” says Sharon Causa, 14, another camp leader. “…maybe putting them out on camp will help them do something better than drugs.”

On what they would like to see in the future, the youth would like to go further out on the land along the Mackenzie River with a boat, and involve older youth. 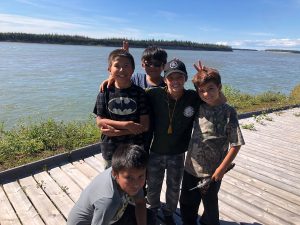 Thiru runs the youth centre and plans activities for the youth of Fort Providence. Originally from Toronto she came up north two years ago as a volunteer for Deh Gah Elementary/Secondary school and moved into the role she’s in now.

“Because we’re from the land…(we) got to learn where we’re from,“ says Gargan.