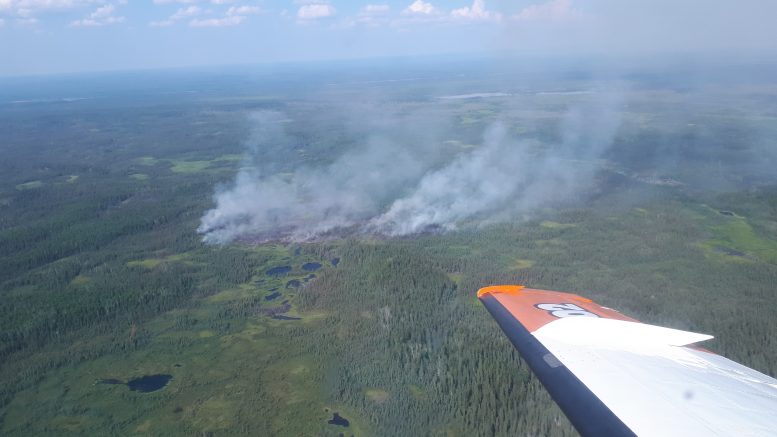 An image of one of the smaller wildfires near Fort Simpson from earlier this year. (Photo courtesy of ENR)

According to the Department of Environment and Natural Resource (ENR), two cabins were lost due to a wildfire near Fort Simpson over the weekend.

One fire was reported at Little Doctor Lake on Saturday. Due to extreme fire conditions, crew were unable to access the fire until the following day – when they found two burned cabins.

The fire is 6,500 hectares in size and is considered “out of control.”

“Crews are assessing the risk to other values in the area and undertaking value protection efforts where required,” reads a press release.

Crews are still monitoring the area, she says.

The large fire was also the source of some Wrigley residents being stuck in Fort Simpson over the weekend.

There are two other wildfires in the area, but both are considered under control at this time.