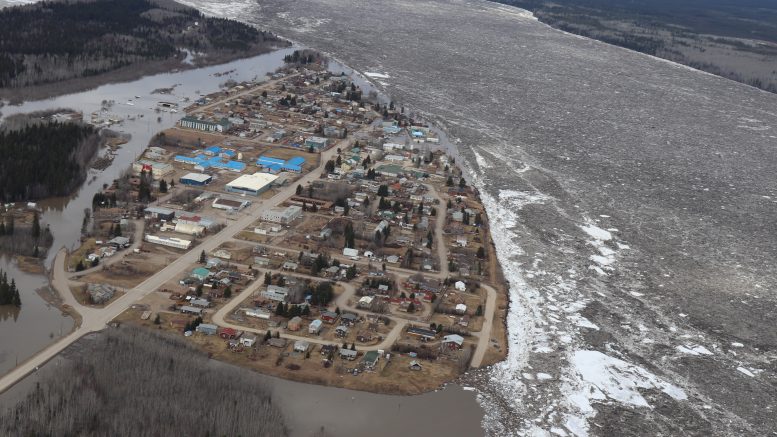 An aerial view of the flooding that hit Fort Simpson in May 2021. (Photo by Luke Carroll/ CKLB.)

Members of the Red Cross are in Fort Simpson after Łı́ı́dlı̨́ı̨́ Kų́ę́ First Nation Chief Gerald Antoine requested the organizations support with rebuilding the community.

“We are working together to share experiences and knowledge on such topics as emergency recovery, wellness, and future emergency planning considerations,” a press release reads.

In an interview with CKLB, Chief Antoine said he discussed the idea with his council and other leadership.

“Having the Red Cross here is very resourceful, they also have experiences and knowledge,” he says.

The request comes after the territorial government was criticized by flood victims for a slow and confusing response to the flooding.

A new minister and the EDAAP

On June 8, Paulie Chinna was moved off the MACA portfolio and Shane Thompson, the MLA representing the flooded Dehcho communities, took it over. 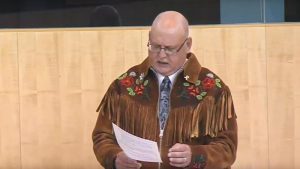 Chief Antoine says he hasn’t met with Thompson since he became the MACA minister, but added he has advice for him.

“He has to align himself with the community, the impacted families… And work with the leadership as to how we need to move forward,” he said.

Mayor Sean Whelly said in an interview with CKLB more has been getting accomplished lately, but added it’s still early in Thompson’s role as MACA minister.

“I don’t know if you can give all the credit to Shane, because some of this stuff may have been in the works already,” he said. “But I think Shane’s probably going to be a little more responsive, if only because he’s actually from here.”

Residential property owners and small business owners can access as much as $10,000, while community governments can access up to $100,000.

Whelly says he expects the amounts to be appropriate for most residents.

“I think they got a good look at people’s houses with the assessment starting and they realized that they had to come up with more money,” he says of the GNWT. “For those essential things like a washer, dryer, hot water tank, at least that [amount] gets some people back into their homes a little more quickly.”

He says approximately 30 families are still unable to return to their homes.

An update in Jean Marie River 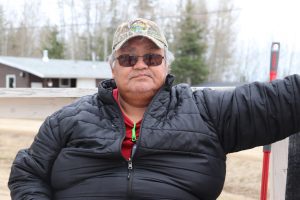 Displaced residents that were staying in Fort Providence have now moved to Fort Simpson to be closer to home, Sanguez says.

Arcan Construction Ltd. has been tasked with the rebuilding, something Sanguez says he is happy about.

He said the community is discussing different ideas including putting structures on stilts, in case the flooding continues each year.

Chief Sanguez says the response has been slow from all levels of government.

“The community is just kind of slowly putting things together. We can’t rely on or wait for the government to do anything here,” Sanguez said.  “We only got four months until winter is coming.”

But he says he was glad to hear about the EDAAP, although he hopes to learn more about it and wants to meet with Thompson to discuss other rebuilding plans.