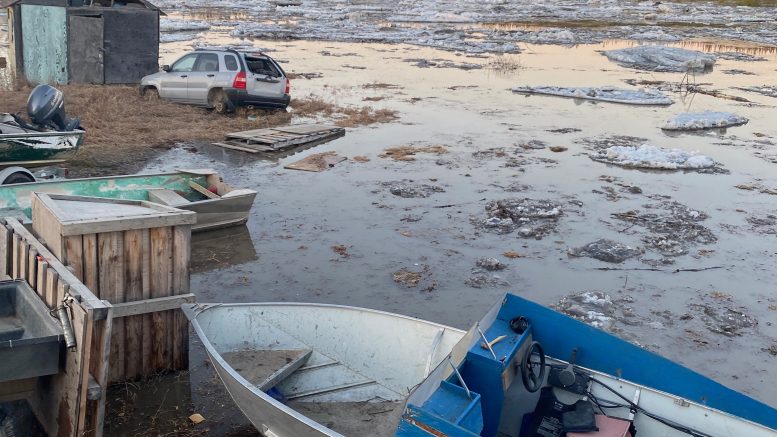 According to the Department of Municipal and Community Affairs (MACA), it is still working with the community of Fort Good Hope to assess the full extent of the damage caused by flooding late last month.

Eleven days passed between the flood risk ending on May 27, and assessors arriving in the community on June 7.

Arthur Tobac is the emergency communications officer for the community.

“We are still engaging with MACA on the work of removing the water-damaged material from each home,” he says.

Aimée Dentinger, a spokesperson for MACA, told CKLB a final damage report is expected by June 21. She said, “11 private homes, one business and two municipal structures were assessed for damages.”

CKLB previously spoke to Tobac in May. At the time, he said two of the affected homes were unlivable.

“This is consistent with timelines in other Canadian jurisdictions. This year’s flooding is of an unprecedented nature and has added increased complexity from prior disasters,” says Ivan Russel, director of Public Safety for the NWT.

Once the report is released, MACA says it will be able to share more information on the recovery.