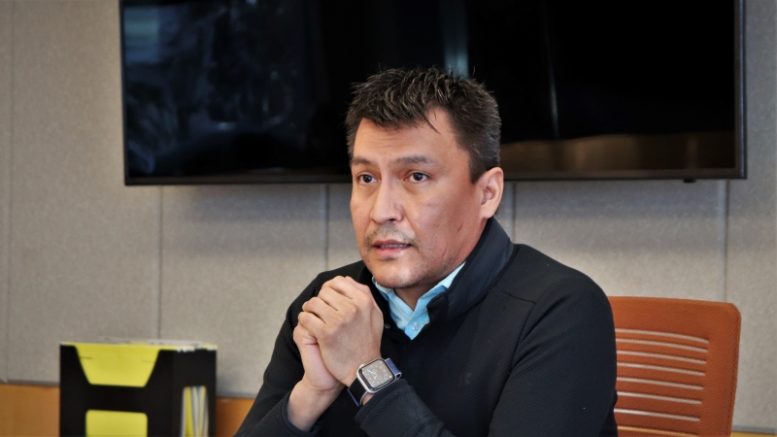 Steve Norn confirmed he and a family member have contracted COVID-19. (Francis Tessier-Burns/CKLB)

An inquiry into MLA Steve Norn’s breaking of public health orders is in the public’s best interest, according to the NWT’s integrity commissioner.

The integrity commissioner decides whether a complaint should be thrown out or refers it to an independent adjudicator.

In early May, Rylund Johnson filed a complaint against Norn on behalf of all MLAs that he broke sections 2, 4 and 8 of the Legislative Assembly Code of Conduct.

“Mr. Norn’s breaching the mandatory self-isolation period, and his making statements that he had complied with that obligation when he had not done so, both fall short of the standards contained in the Code,” wrote Commissioner David Phillip Jones.

‘Not trivial or minor’

According to the report, Jones asked Norn the purpose of his trip outside the NWT in April, a copy of his self-isolation plan when returning, and a copy of the positive COVID-19 test he received.

Norn did not provide the information requested. Rather, his lawyer suggested the complaint be dismissed because “the contravention was minor or was committed inadvertently” and Norn “took all reasonable measures to prevent a contravention of the Code of Conduct.”

Jones concluded that Norn’s actions were neither minor nor inadvertent.

“Leaving self-isolation prior to the required 14 days is not a trivial or minor matter… The public health order was mandatory; the self-isolation requirement was well known; Mr. Norn knew about it, as evidenced by his filing his self-isolation plan,” wrote Jones.

He added that Norn going to the Legislative Assembly on April 17, and the Racquet Club on April 18 were both “major deviations from his obligations to stay isolated at his home.”

“Neither of these was a case of going a few metres outside of his home lot, which might perhaps be considered a minor infraction. Similarly, neither of these breaches was committed through inadvertence; both breaches of the self-isolation requirement were intentional.”

As for whether Norn took measures to not contravene the code, Jones wrote simply: “There is no evidence that the Member took any measures to prevent a contravention of the Code.”

Following the report, the Board of Management must now recommend a sole adjudicator to conduct the inquiry.

During the process Norn will have the opportunity to present evidence to dismiss the complaint. The adjudicator will decide whether the inquiry will be public.

If Norn is found to have breached the code, they can recommend consequences ranging from a fine to have him leave his seat.