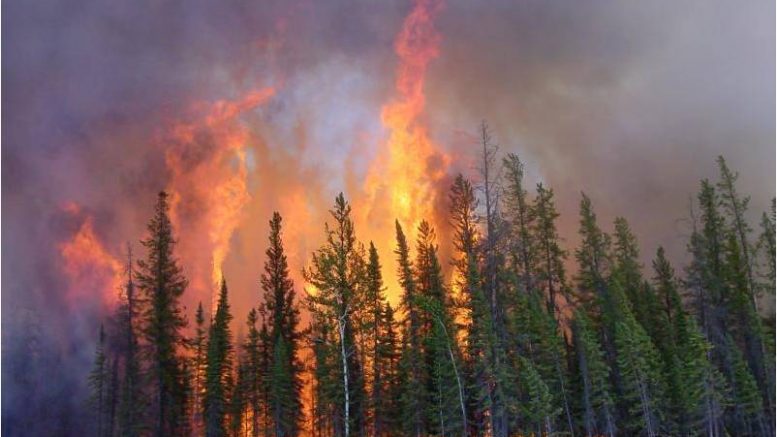 A total of four wildfires have been reported in the Dehcho region – three of which occurred within less than 24 hours of each other.

According to the Department of Environment and Natural Resources (ENR), the communities of Wrigley, Fort Liard and Fort Simpson are under a high-priority watch.

The fires were of natural causes, specifically lightning.

The ability to set up a fire perimeter is considered unlikely and the risk to land in the area is manageable, reads the notice.

Air support, sprinklers and other resources continue to assist the affected areas.

Fire crews will continue to monitor the area, including the Mackenzie Valley Fibre Optic Line, NorthwesTel microwave tower, Enbridge valve stations and cabins along the highway.

Residents have been advised of the potential growth of the fire, but so far there is no risk to communities.

ENR says the rain forecasted for later this week should reduce further growth of the fire.