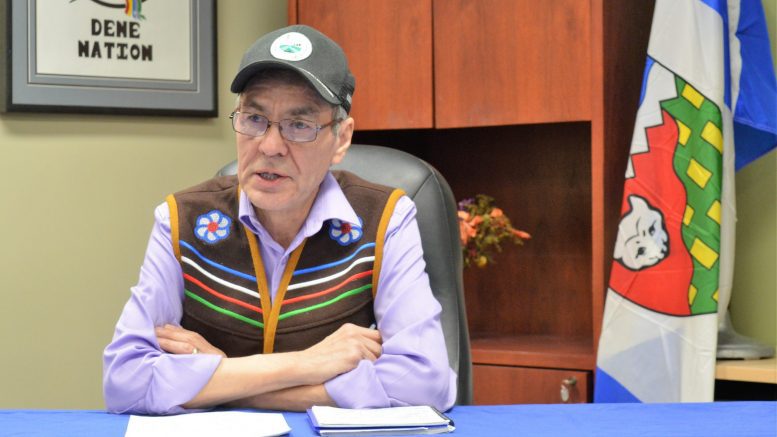 The federal government and residential school day scholars have reached a settlement agreement.

Day scholars are former students who attended residential schools but returned home after the school day. The settlement is also separate from one reached with Indian Day School survivors.

Day scholars were eligible for compensation under the Indian Residential Schools Settlement Agreement from 2007 for abuses suffered while at the institutions. However, they were excluded from “common experience” compensation.

According to the Indian Residential School Survivors Society, day scholars were also excluded from the federal government’s formal apology to those that attended residential schools.

In 2012, the Tk’emlúpste Secwepemc and shíshálh Nation filed a class action lawsuit on behalf of day scholars.

“Day Scholars suffered the same destruction of language and culture as other students,” reads a Dene Nation news release in response to the settlement agreement.

“After years of denial by the Canadian government of the cultural genocide these survivors faced, this settlement marks an important milestone — it means that the losses suffered by Day Scholars and their descendants are finally being acknowledged,” said Dene National Chief Norman Yakeleya.

No money is enough

According to the release, the proposed settlement has $10,000 set aside for each eligible class action member and creates a $50 million Day Scholar Revitalization Fund “to support healing, linguistic and cultural reclamation for day scholars and their descendants.”

The settlement includes day scholars that were still alive as of May 30, 2005. If any have passed away since then, their families can apply to the settlement on their behalf.

“I would be remiss if I did not acknowledge that no amount of money can change the dark legacy of Canada’s residential and day school systems, but it does demonstrate how far we’ve come,” said Yakeleya. “Now, let’s focus our collective efforts on how far we still have to go. As First Nations people, let us continue to reclaim our traditions, empower our descendants, and revitalize the culture that was stolen from us through these systems of oppression.”

However, before the money is distributed, the Federal Court must approve the proposed settlement; an approval hearing is scheduled for Sept. 7.

The proposed settlement deals specifically with survivors and descendants.

“To ensure that the aging survivors receive compensation in their lifetime, the parties have agreed to separate the Band Class claims in order to focus on the resolution of the Survivor and Descendant classes,” reads a federal government news release.

There are more than 100 First Nations that are also suing the government for reparations and that process is ongoing.