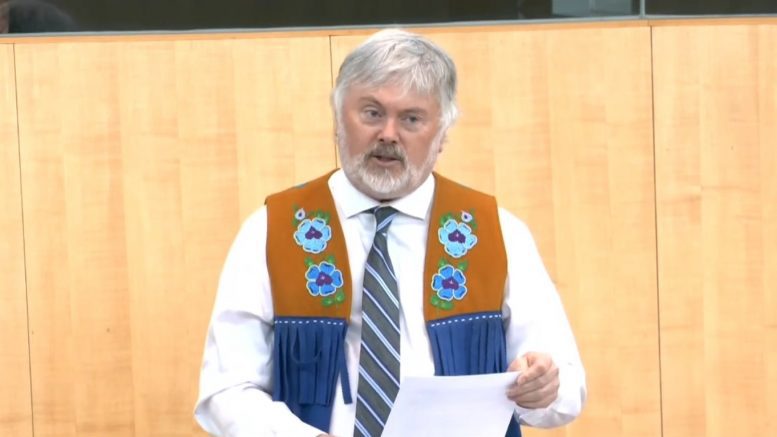 Regular MLAs want more clarity on who is in charge of improving food security in the Northwest Territories.

On Friday, Frame Lake MLA Kevin O’Reilly introduced a motion to get that clarity by proposing the territorial government develop a food security strategy.

A report by the University of Toronto, showed about one in five households in the NWT was facing food insecurity — the second-highest rate in the country. O’Reilly also pointed to a survey by the NWT Bureau of Statistics that showed about 23 per cent of households were worried they didn’t have enough money for food.

And all of this was before the COVID-19 pandemic hit.

The motion says the pandemic showed that territory’s food system is “extremely fragile” as it has a “near complete dependence on corporately-owned grocery stores to feed residents” and a heavy reliance on community resupply by air and winter road.

The motion calls on cabinet to develop a strategy to become more self-reliant by engaging harvesters and agricultural producers, and ensure it meets the needs of the NWT’s most vulnerable residents. It also recommends Premier Caroline Cochrane appoint a single minister to head up the effort.

“What we really need is better coordination and leadership,” said O’Reilly.

Rylund Johnson, MLA for Yellowknife North, echoed the sentiment, saying the Departments of Industry, Tourism and Investment; Health and Social Services; Environment and Natural Resources; and Lands all currently have a hand in addressing food insecurity.

“I’ve asked many questions about food security,” he said, “and I found it very difficult to try and get those departments to coordinate on the importance of this issue.”

He also said increasing food security was one of the mandate items all MLAs agreed to during their term.

The motion suggested several measures to try and address food insecurity in the short-term, such as removing legislation for the next year “to facilitate regional sharing of harvested meat and other food products” and to create a pilot project to get more community food storage programs in place and equipment like freezers.

The motion calls for the strategy to be complete within the next year and a half.

All regular MLAs present voted in favour of the motion, while cabinet abstained.

Government House Leader R.J. Simpson said cabinet “fully supports the principles behind this motion” but that it abstained because the motion makes recommendations to the government.