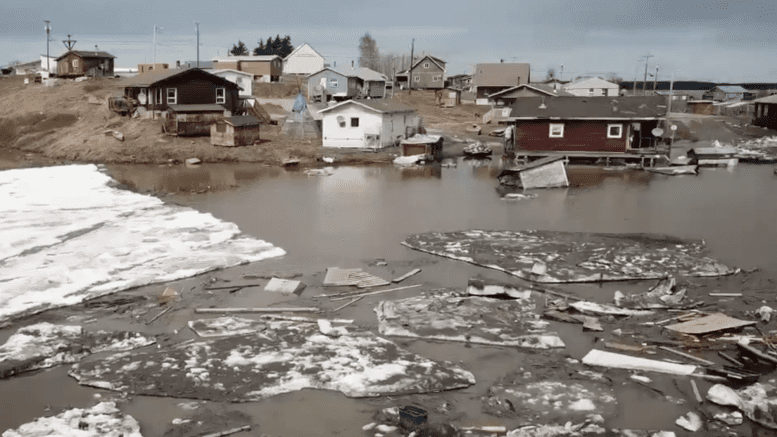 Water levels in Fort God Hope have dropped by about four metres and if this continues over the weekend, residents can expect power to be fully restored.

This is according to the department of Infrastructure.

A team consisting of an electrical engineer and inspector travelled to the community on Friday to assess homes and businesses affected.

Arthur Tobac is the emergency communications officer for the community.

He says roughly 11 homes were gravely affected by the flooding, with two considered unlivable.

Paulie Chinna, minister of Municipal and Community Affairs, is expected in the community around 3 p.m. to address the territory’s approach to relief.

The bridge to the airport is no longer considered to be under threat, reads a public safety notice.