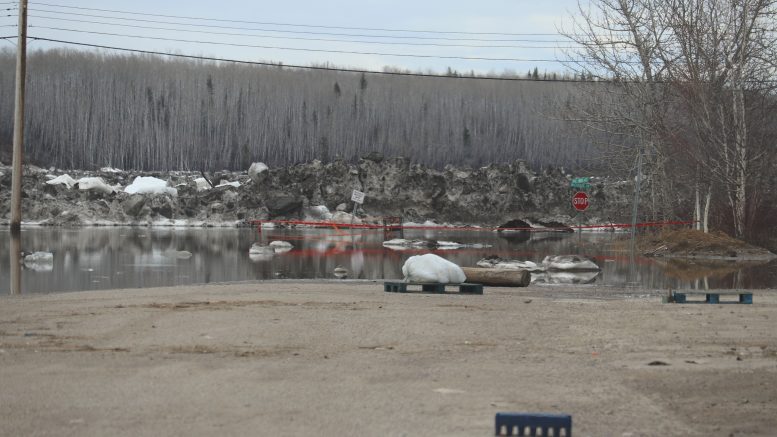 The community was severely flooded in early May and officials are still assessing the level of damage.

“Whether it’s permanent or whether it’s a temporary home, we need to look at how we could be able to make that happen,” he said.

But Chief Antoine said the situation has been more complicated than he would like.

The Standing Committee on Accountability and Oversight held a public meeting on Tuesday evening, to discuss the territorial government’s response to flooding in the Dehcho.

Despite lasting nearly two hours, few details on the Government of the Northwest Territories (GNWT) relief plans were revealed.

Paulie Chinna, the minister of Municipal and Community Affairs (MACA) provided a presentation with the GNWT’s flood plan.

She said residents affected by the floods will be eligible for up to $100,000 under the Disaster Financial Assistance policy. But it is unclear how victims can access the funds.

“I’m not sure we’re really getting to the bottom of this,” said Kevin O’Reilly, chair of the committee, at one point during the meeting.

“I’m still very confused about how the disaster assistance policy applies to residents,” he said, over an hour and a half into the meeting. “Through this whole presentation, I just don’t understand what the people on the ground should be doing in order to get money.”

Johnson asked if the victims need to spend their own money and then invoice MACA, or if they are waiting for a cheque.

Rocky Simpson, MLA for Hay River South, said he worries about compensation for the victims.

“If anybody is expecting to be fully compensated for any damage, they’re out of luck,” Simpson said. “I would tell those individuals, those victims, don’t spend your money because if you spend your money, you won’t get it back.”

Chinna acknowledged her department is looking into ways to prevent victims from being reimbursed for renovations. She added  she is aware that very few people have enough money for such expensive renovations.

Chinna added the damage is still being assessed, after that more can be determined on how the money will be distributed.

Another point of discussion was future prevention and Chinna acknowledged certain things could’ve been done better.

“I should have gone in[to the communities] a lot earlier,” she said, but added the community leadership didn’t want ministers in at the time.

Dennis Nelner, a resident of Fort Simpson whose home was damaged by flood waters, said he is unsure of what his next steps are.

“We really need the government to reassure us homeowners out there, we’re going to get full value for our properties,” he said. “At the same time we got to know whether we should be rebuilding, tearing down, or renovating.”

He said he feels as though the territorial government hasn’t even begun the appropriate conversations.

“In some jurisdictions, if you’re in a flood zone, the government will pay you out so that you can move somewhere else within the community,” he said. “I don’t hear those discussions.”

Going forward, Chief Antoine said the community should start looking at ways to build more infrastructure on the high ground.

All Fort Simpson evacuees residing in other communities have returned to their homes, but Tthets’éhk’edélî First Nation (Jean Marie River) is still evacuated.

CKLB was in the community shortly after the flooding and saw the extent of the damage. The majority of homes were affected as well as several community buildings.

Chief Stanley Sanguez previously told CKLB an entire row of houses near the community’s airport needs to be rebuilt.

Numerous residents remain at the Snowshoe Inn in Fort Providence.

Melania Norwegian, a resident of Jean Marie River First Nation, said she doesn’t feel as though the community has been supported.

“It’s been very confusing,” she says of the GNWT, “I think the people that are donating that donated to us are doing more than the total government.”

“People in Jean Marie had hopes, they really believed in this government.”