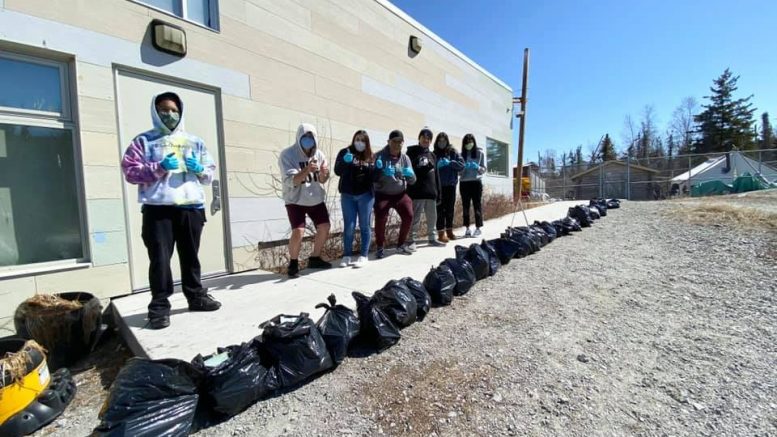 Students from seven classrooms from all grades participated in a friendly competition to pick up as much garbage as possible over the course of three days.

“On Tuesday morning each class was assigned an area of the school yard and they had two days to clean up that area,” said Meagan Wowk, principal of K’alemi Dene School.

“Then on Thursday, the third day, you could go into other people’s areas clean up more.  Teams were also encouraged to go into other parts of Ndilǫ to pick up as much as possible.”

The winning class was awarded a highly-coveted KFC lunch party. 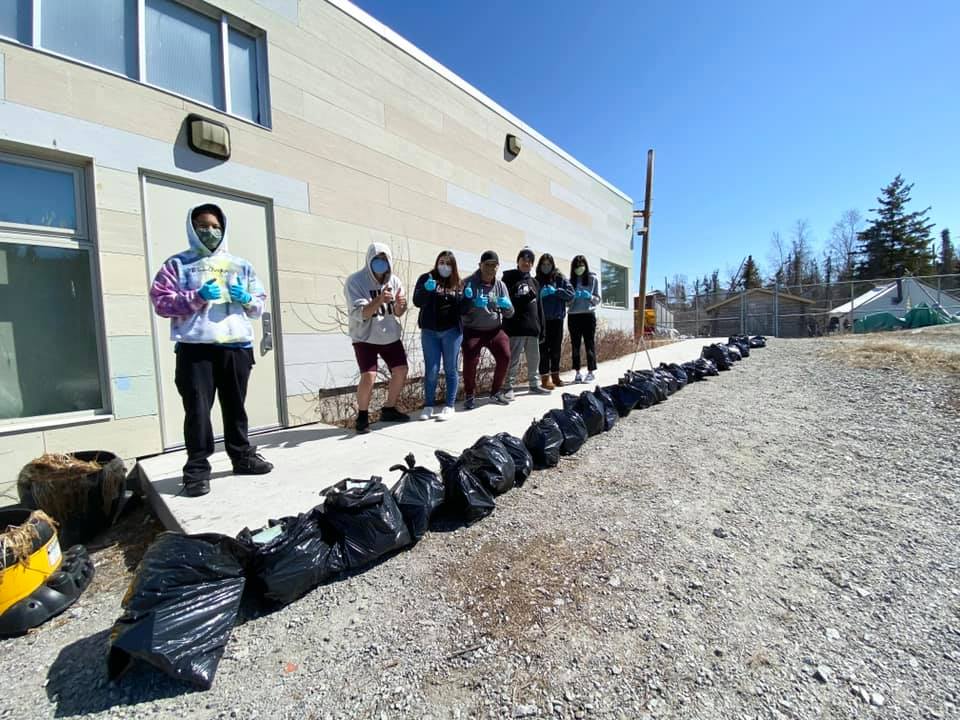 Wowk said while traditionally students clean the school, COVID-19 forced them to rethink the competition. They were keen to participate.

Students mostly stuck to areas closest to the school, but also went into the community.

“It was a great community building event after the two weeks away,” she said.

All in all, 208 bags of garbage were collected.

“I just couldn’t pick one winner so today for lunch the school feasted on KFC in the classrooms bubbles. Plus, a little extra for the winning class who picked up 75 bags.”

Wowk added the competition was fierce, as one of the younger classes was close behind with 50 full bags of garbage.