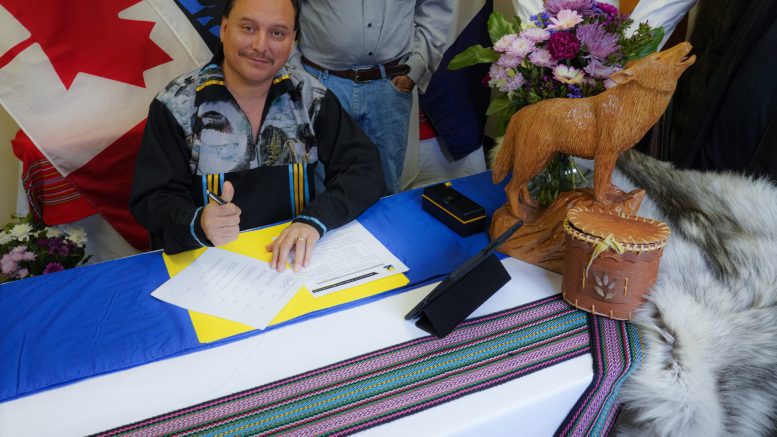 The federal and territorial governments signed a self-government agreement framework with the NWT Métis Nation (NWTMN) on Wednesday.

The framework will further advance reconciliation, the right to self-determination, and work toward building strong Indigenous nations, according to a federal government press release.

It will also advance the Métis Nation’s land claim agreements, which have been in the works since 1996.

According to Bailey, the signing of this document has been “a missing component” of their land claim negotiations.

“Self-government will recognize the NWTMN and Métis Government Councils as law making authorities with the ability to continue delivering programs and services to our members consistent with the NWTMN Constitution,” he said in a statement.

“We have a lot of work ahead to engage our membership regarding self-governance options and negotiations with Canada and the GNWT.”

Beck agreed there was still lots of work to do.

Heron said this was “symbolically a significant step in Canada.”

“The signing of this agreement will enable the Fort Smith Métis Council to enhance our efforts to achieve an Indigenous Métis Government that will reflect our distinct identity and our ongoing contribution to Canada and the Northwest Territories,” Heron said.

Premier Cochrane said this agreement will advance reconciliation and is an important milestone in affirming the treaty rights of Métis people in the NWT.

Paddle Prairie Residents worried about their homes after evacuation