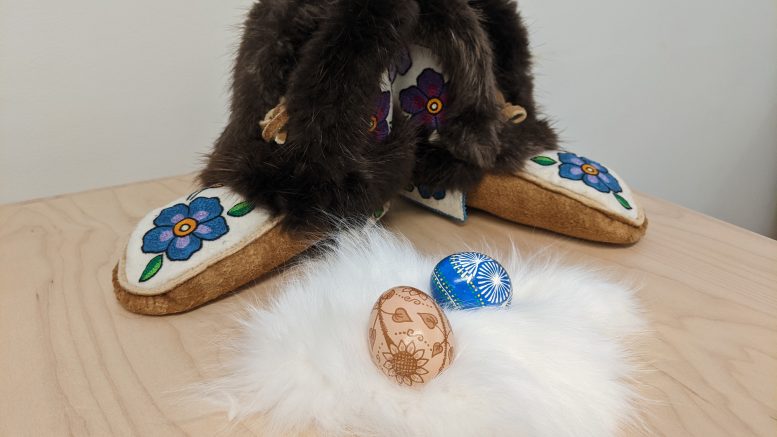 A new art exhibit in Fort Simpson examines a year of life in the pandemic.

A Year of Living Creatively was launched by the Open Sky Creative Society on April 19 at the community’s gallery.

It features the work of six Fort Simpson residents.

“The items on display show the diversity of artforms practiced in [the] village,” a press release says.

These include beaver fur mitts, a macramé plant holder and Ukrainian egg art known as pysanky,.

Sara Gordon, Open Sky’s president, is one of those with featured artwork.

“My great accomplishment was completing my crow boots which I had started during the winter of 2017 and which had sat less than half completed for the past few years,” she said in a press release.